Benefits of Ruby on Rails to Developers 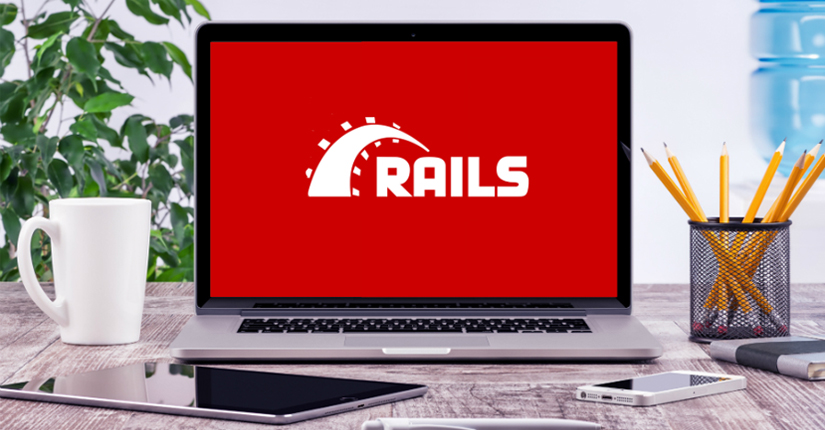 Since the time the world is experiencing the era of digital transformation, web development has excelled rapidly and has opened the doors of infinite opportunities. Innovation and technology are taking a rapid leap in the 21st century and is entering into new realms. When it comes to web application development, a sea change has taken place in the last few years. These changes have given a new ways on developing a web application.

Ruby on Rails has always been the first preference when it comes to developing the website in the best possible manner. UIPL has come out with some interesting benefits of this web application framework that will help developers to design a website page easily.

Just as water can mix itself anywhere irrespective of the size and shape of the container where it is poured in, in the same way, Ruby on Rails is just the perfect match for your website regardless of the type of business where you are involved in. It’s ability to run on a prototype makes it the ultimate option for using in web development. Moreover, one can also fix any kind of issues at the early stages of development.

The framework of Ruby on Rails is completely free. You do not have to incur any additional expenditure at all. Being an open source application, it also runs on Linux. Most of the developers, all around the world find it convenient and easier to work with this type of framework. Even if you have migrated either from Microsoft Windows or from ASP, you won’t face any kind of problems.

It is a very well-known fact that coding takes a hell lot of time. The complexity in writing the codes in a way that are user-friendly and easy to understand is not only a cumbersome but also a time-consuming process. Developers can move very fast from the planning stage to the development stage very quickly without wasting much time. Hence, in comparison to the other technologies available, Ruby on Rails is much beneficial.

If you require any kind of assistance or technical advice while making the application, then you can take help from a vast online community. The community comprises of people who have rich experience in web application development. In addition to this, there are many groups of developers who remain active all the time and are ready to share their ideas as well as experiences in web and app development.

One of the most frequent problems faced by app development companies is the unnecessary delay in delivering projects. This is caused by the developer who was working on the project and left working on it due to a job change. As a result of which, it becomes impossible to find the where the code began and how did it end. On the other hand, the code needs to be re-written in a fresh way. In order to avoid such kind of problems, Ruby on Rails has been developed. Here, all that the new developer has to do is just follow some simple coding techniques to get a hang of the project.

One of the stunning benefits of Ruby on Rails is that you can create your own plug and play apps. It’s not a cumbersome task to do at all. You can snap your fingers and make your app. This is as simple as that. One can also take elements from the current application and can implement them in developing the new app. Moreover, Ruby on Rails allows you to add more flexibility and make any necessary modifications to them.

Twitter, Basecamp, Groupon, LivingSocial, name any popular website of the world and you will find one thing common in them – Ruby on Rails. The application is trusted by millions of companies around the world, due to its ability to carry out complex functions smoothly and offer a plethora of services. It is just the perfect tool for anybody who is planning to start his or her own business. As far as superior web development is concerned Ruby on Rails enables you to break free from the traditional way of developing a web platform and create something new and innovative.

Well, if you want to install Ruby on Rails, then it is mandatory to install the following software in your system.

Now, there are basically two kinds of operating systems where you can install Ruby on Rails – Windows and Linux.

To install Ruby on Windows, follow the steps mentioned below:

Step-3: Check whether you have Rails or not by giving the command C:> rails –v. You will get a message that will read, “Congratulations! You are now on Rails over Windows.” This means Ruby on Rails has been installed.

To install Ruby on Linux, follow the steps mentioned below:

Step -2: Once done, install rbenv and use the following command

Step –4: Now, Node.js in your system and then you can install the database

The easy to install process and the flexibility of use makes Ruby on Rails quite popular for developers. It is emerging to be one of the most popular web development platform mostly among the start ups. Although there are a number of open source programming languages which are available, but Ruby on Rails puts developers on the elite category when it comes to delivering the best web development and design project.