Hands on with iPhone6 and iPhone6 Plus 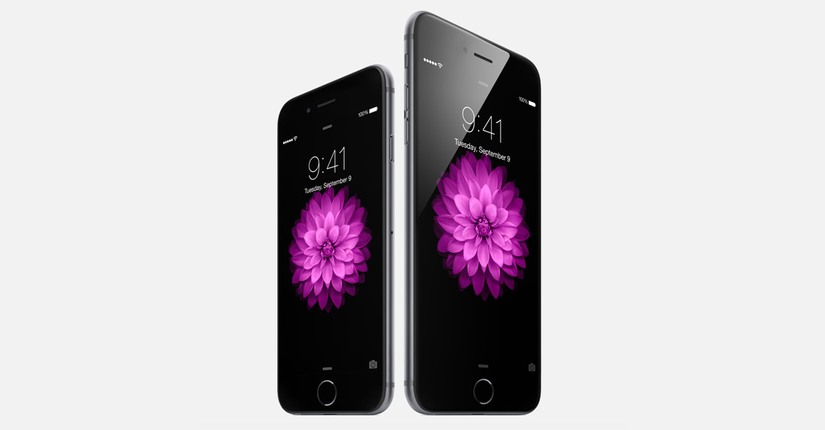 September 9, 2014, Apple CEO Tim Cook takes the center-stage of Flint Center in Cupertino, CA. It is the same stage where Steve launched the first Mac 30 years earlier and once again, Apple comes here to launch their new iPhones and their much-hyped Smart-Wearable.

On Tuesday, Apple introduced iPhone6, iPhone6 plus, long-awaited Apple Watch, and a mobile payment system as a part of their marketing blitz. Apple Marketing Chief Philip Schiller kept people waiting until 1 PM EST at Flint Center and finally unveiled 4.7-inch iPhone 6 and the 5.5-inch iPhone 6 Plus followed by Apple Watch.

iPhone6 and iPhone6 Plus

At present, the two iPhones will launch in eight countries on September 19. Preorders begin on September 12 in the US, the UK, Australia, Canada, France, Germany, Hong Kong, Japan, Puerto Rico, and Singapore.

iPhone6 and iPhone6 Plus is not only going to satisfy the current iPhone user’s needs but a would be a great hub for the iPhone application developers to savor the stepped improvements in the new models.

iPhone 5S, iPhone4 is dwarf to these latest models (iPhone6 and iPhone6 Plus) that measures 4.7 and 5.5 inches and the thinnest to date measuring 6.9 and 7.1mm. It has a thinner display made of slightly curved glasses that seamlessly merge with the body to highlight their Retina HD display. Both the phones include antenna bands on the back with the rear lens, have pill-shaped volume buttons like iPad Air and shifted to the right side of the device. Wafer-like metal design and curved lines make it look more like the iPod Touch models. (The Verge said, “iPhone 6 feels like a “hybrid of the iPhone and iPod touch”)
The new iPhones are available in Gold, Silver, and Space Gray, and their capacities range from 16, 64, and 128 GB.

Rumors suggested the use of a Sapphire display, but turned invalid instead they used “ion-strengthened” glass with an improved polarizer, photo aligned IPS liquid crystal display, and a fingerprint-resistant oleophobic coating for better viewing experience. (Engadget marks saying that despite resolution difference between the iPhone6 and iPhone6 plus their displays looked identical.)

A8 Chip and M8 Motion Co-Processor

Both the iPhones come with a 64-bit A8 processor built on an advanced 20-nanometer process. The chip is smaller than A7 in iPhone 5s and affords 25% faster CPU performance. A8 taking full advantage of Metal allows developers to create console-type games supporting detailed graphics and visual effects. Besides their new M8 motion co-processor that is new to the iPhone6 helps measure data from an accelerometer, compass, and a gyroscope.

iPhone 6 and the 6 Plus sport an 8-megapixel f/2.2 rear camera with improved picture quality. As Apple moves one-step ahead with their every generation of iPhones, the latest release to has some exciting features –

They offer faster LTE with support for LTE Advanced networks that support a speed of around 150 Mbps, besides 20 LTE bands for better connectivity when traveling. Moreover, these two iPhones are the first of Apple’s iOS devices to offer 802.11ac Wi-Fi support establishing 3 times faster speed The devices also support Voice over LTE (VoLTE) to make higher-quality phone calls over LTE. VoLTE would work with users like Verizon and carriers such as T-Mobile who have pledged support.

NFC, or near-field communication one of the short-range communications protocol to the phone and build an entire mobile payment system around it. Apple Pay works with a Passbook app on your phone helping you to buy items/services with a single touch on your iPhone. This feature will not allow the merchant to see your credit card details and saves time with the use of the camera to add new credit card details to Passbook. Apple Pay backed by six major banks starting with Visa, MasterCard, and American Express. You can use the service of more than 220,000 merchants Macy’s, McDonald’s, Walgreens and Duane Reed drug stores and Whole Foods. As soon as Apple releases API developers will stream on-board.