Process Of App Development For Enterprises 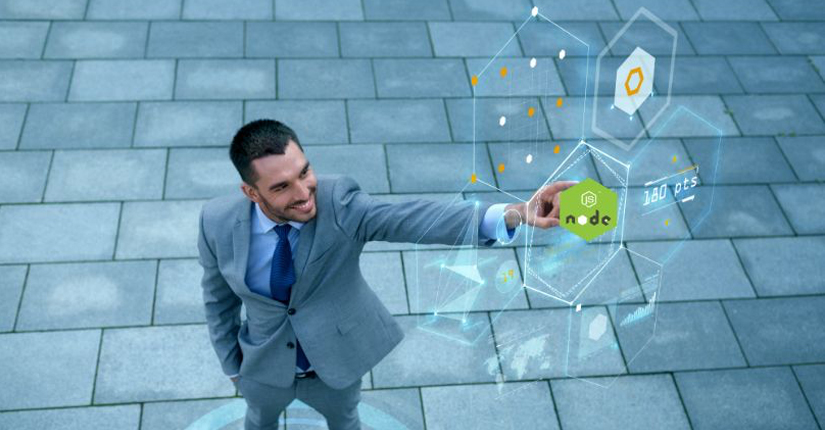 There’s an interesting story behind the birth of Node.js. Ryan Dahl, the inventor understood that execution engine has a better usage. Thus, the concept of server side JavaScript came into use. It gave birth to Node.js. The tech savvy global population is on a rise. Node.js development is the thing, which companies rely on, these days. The global IT market rests on this wonderful technology. Whether it’s the acquisition of StrongLoop by IBM or FeedHenry by Red Hat, there are plenty of them.

What Drives Enterprises For Node.js?

Every company expects greatest return on its revenue. Companies like Paypal and Walmart rely on Node.js for better performance. It is a great solution for enterprise-based applications. Unlike traditional development methods, it makes apps, which are small modules. They remain connected together. It serves as a strong weapon for making single page web apps. Hence, instead of developing one big application, developers can only change the functionality. Not only this, a developer can also change the entire database. Every application has its own dependencies. They prevent any potential conflicts, which might arise in the development process. For perfect node.js development, expect high performance transactions at less cost.

Simplified maintenance and modification are the two primary areas. Node.js offers its primary benefits here. One can write applications even with small modules, which comes together. One can make changes in the core functionality and change the code later. To get scalable web application, there is a need to develop an application. It takes place in the most intimate manner. One of the enterprises, which benefits from using it is Uber. Most of the development work took place with Node 0.8. Technologists believe that one benefits to almost 15 billion dollars with Node.js. But, geospatial database and replication is not written in Node.

Maintaining framework with Node.js development is easy as many opportunities arise. Companies with web facing infrastructures need innovation, especially at the backend. Often, they have to deal with the dual challenge of developing software and building an IT team. To address the demand for developing apps, one has to use RESTful APIs in the most flexible manner. The focus rests on large data volume for large-scale software systems. It is one of the most efficient ways to take advantage of large-scale softwares. A developer can reduce app development time with Node.js.

The ever-changing commercial landscapes have given birth to many node communities. They can use some of them in a simplified manner. Now let us see how it will change the development process in the time to come.

Often companies use the parallel development process. On one hand, a team uses Node.js while the other uses Java. Working with two softwares, results in doubling up the website traffic. With the help of java application development framework, one can make large applications. Service oriented architectures act as the solution for giving instant remedy. This includes complex web service apps. Each module has separate functionality. One can share that with various teams of developers.

The great ecosystem of Node.js makes the perfect place to develop an application. It combines all the low-level system programmers along with front-end JavaScript development. There are various dependencies in the ecosystem. They help to make the process of developing an app easier. There are more than 3,00,000 packages which adds ecosystem in the best possible manner. It is three times greater than any kind of ecosystems.

A deep alliance forms with Object Oriented Programming. It makes the functional components easier to work with. When a developer shares the code in Java, it forms part of the libraries. It is possible to make the applications smaller. They have fixed functionality with more focused components. Use universal JavaScript, there is an opportunity to create front end development. It is more efficient in handling all the efforts.

There is a huge community support, which you will get from the Node.js community. Those who are using Node.js for the first time will get plenty of help from here. There are many benefits. One can apply application code, improved sight productivity and do live instrumentation. If you want to develop large-scale business applications, install the right strategy.

Operational teams and developers must come together for better project execution. You only need few lines of code and a good modular design to contribute towards the accelerated time. The dynamic nature of Node.js applications allow you to use small modules and use it. One can develop and deploy the web services at the same time.

Node.js development has an important role to play in reducing the costs. Companies, which use Node.js, leave a smaller impression and have less power. For instance: if you have a server of 64GB RAM, then a developer can run up to 32 instances of Node.js. Modern cloud environments and operating teams have one thing in common. They have a one to one relationship with each other. You can use them to cut down the cost structure of your organization.

Websites That Use Node.js

Take a look at some of the websites which makes Node.js development a part of their process.

Node.js development is a technology we need to thank. Its ability to develop web applications with plenty of viable options is its USP. This helps companies to bring the new age development into use. Our developers have diverse knowledge of complete Node.js development. Our execution strategies are better than anybody. We assure you to deliver the project with full client satisfaction. Just send us an email at [email protected].