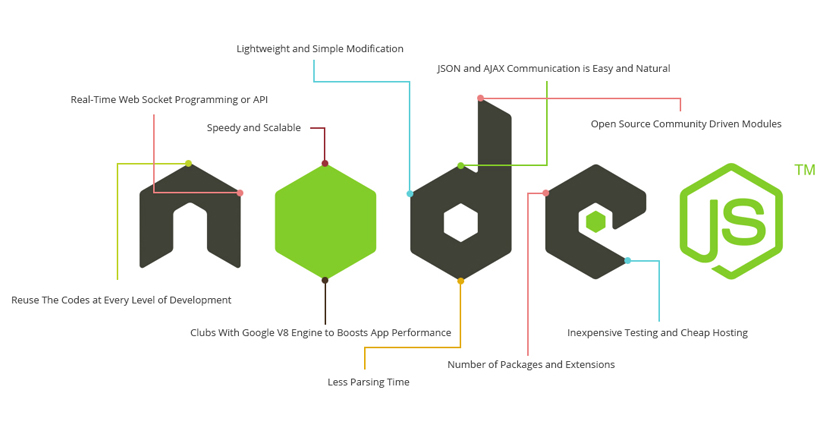 It has been a little more than two years that we have seen a rapid growth in the use of Node.JS Development. Use of the Node.JS proficiency by mainstream businesses such as Wal-Mart and PayPal, Node have started to gather big bets, even publishing giants like The Mail Online and movie biggies like Netflix has rolled over for Node.JS.

Well, when we talk of Node.JS we know businesses love to use this newbie technology to make more application that is vehement. Other than businesses that count on it for –

The increase of rave competition in the niche target market, to double the speed of delivery and the ability to iterate innovatively are the key characters of a market leader. In this competitive scenario, it is essential to react to the end-users and integrate their feedback while offering or delivering updates.

It is hard to find the talents and even if you find them, it is hard to hire. Good developers are always in the process to learn new things and use new technologies. The ability to keep developers happy means, you need better software and apps delivered with more passion by people to have fun.

Read On: Node.Js Development Tips for Newbie and Expert Developers

It is tough to do anything in Java, but it is also true on the other face that developers around the world loves to use new and interesting technologies which will allow ideas to get quick and easy expressions. Thus, if you need people to work on Node.JS, you are surely going to get the top talents who would love to embrace such new technologies and carve out a new path of development every step.

After implementing Node.JS, PayPal reports, “they have doubled the request per second and have reduced the response time by 35% or by 200 milliseconds.” Even if you look at the scenario in Wal-Mart, it had a bumper launch of Node.JS in their lab in 2013 and they have started to pull all their Mobile Traffic on Black Friday, the busiest shopping day of the year. This year we are going to see a rave rise in mobile traffic and controlled access with the use of Node.JS.

In 2013, Wal-Mart Labs live-tweeted against #nodebf tag showing the performance of the Node.js application. On Black Friday, the Wal-Mart servers did not go over 1% CPU utilization and Wal-Mart team deployed 200,000,000 users online. Similarly, Groupon re-implemented their system in Node.js and as a result, their load time reduced by 50%. When we delve into the story of LinkedIn, we will see a huge performance boost as they makeshift from Node.JS to Rails for their mobile traffic, drastically reducing the number of servers from 30 to 3 and making the new systems run 20 times faster.

New services that implement Node.JS Development feel it easy to use, it is due to the conventions that have grown around it. Coding application using Node.JS means that the application is containing small modules piped together. Over time the use of monolithic applications has faded away and as traditional application creaks under the pressure by the requirement they were not designed for is resulting in the demand of newbie technologies. Node.JS is a small group of applications developed instead of one large application allowing new changes to be added without requiring changes deep inside the entire code-base.

Node.JS programs developed by the use of JavaScript also indicates the silos that existed between frontend developers and backend developers are now broken. It results in significant efficiencies in the development process. With the use of Node.JS, it has become possible to merge web and backend teams into one unit, which makes things efficient. With Node.JS, you get a door where stack developers improve life by reducing inter-silo dependencies. Node.js also comes with a great package management system called NPM that kills the possibility of experiencing dependency hell. You can also take advantage of a large number of modules available via Node.js’s package manager (over 60,000 and growing).

In the today (www.nodeday.com), Eran Hammer announced that Wal-Mart are planning to use Node.js across all e-commerce by the end of 2014 and as for PayPal Node.js will be rolling across everywhere within 2 years.
However, Google is not yet public about their use of Node.JS, but there is evidence. A simple search on LinkedIn shows that almost 200 people who work in Google have Node.js on their profile. Next in an article that came out in the VentureBeat: “Googlers are definitely working on Node.JS projects – perhaps even something big that will be released to the public in the near future. They’re just not ready to talk publicly about what that might be.”

As for Yahoo, they are a long way down the line compared to the new entrants such as Netflix who shows rapid growth happening in this area at present.

Snapshot of the Node.JS Advantages Discussed Above:

At Unified Infotech, we have been developing functional apps using Node.JS and after speculating the number of benefits, we have been seeing that more of the enterprises show their mad craze to win away Node.JS. They are serious and we too.

If you like to join the race of innovative business solutions or like to know how we can develop a Node.JS powered app for you can talk to @Unified_Infotec.