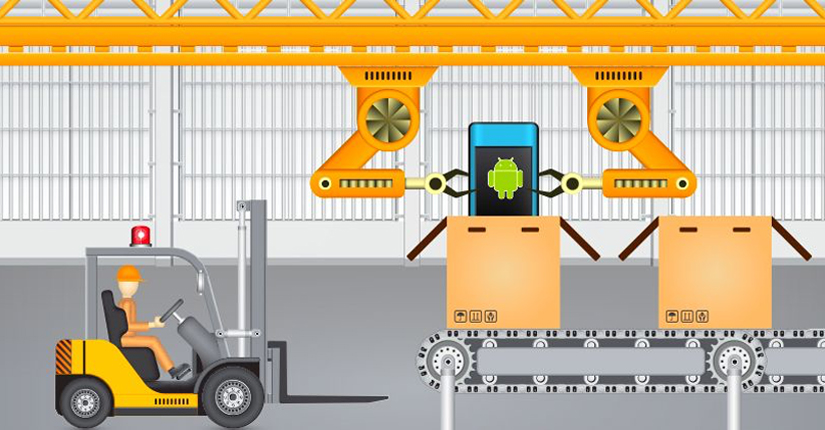 After the release of Android Studio in 2013, developers found a strong support. A support for developing an app. This IDE (Integrated Development Environment) from Google provides the perfect platform for native android app development. Equipped with the most prolific features along with advanced characteristics it has offered a boost to the development environment. Cloud computing support with cloud messaging integration gives strength to an android app.

Android Studio 2.2 – An IDE Worth Using

The latest version of Android Studio comes loaded with three main themes mainly – Smart functionality, speedy execution, and bigger Android platform support. It was first unveiled at the Google I/O this year. Its popularity is due to the advanced features, which gives easy solutions to a complicated application problem. The process of android app development has become quicker and faster with Studio 2.2. New layout editor, APK analyzer, expanded code analysis, enhanced layout inspector are some of the amazing features.

From the developer’s point of view, this version comes as a great development tool. It can handle multiple platforms of Nougat 7.0 such as code completion, notifications, quick settings API and multi-window support. Moreover, the built-in emulator is one additional feature that facilitates the process of testing the app. The creation of Android Frameworks along with the constrained layout structure is another added feature in this version.

Now developers can easily design complicated layouts in a hierarchy fashion. Constraint layout, on the other hand, easily integrates the app in the form of a support library. You can create the library with the latest layout editor. Another good news is that it has more than 20 plus features in each stage of android app development starting from designing to development and testing eases the process. Designing the user interface to making newer constraints and Jack compilers, these are some of the greatest additions to the second version of Android Studio. It is the official emulator of Google to carry out the functions of android app development.

Used by millions of developers around the world, there is no doubt that it will facilitate the process of making an app. We are presenting here some of the features of Android Studio which will help you to get a clear idea about the latest feature of the same.

Well, the answer will be clear once you get to know about the latest features. So, let us take a look at them.

Designing Gets A Facelift

With the new interface designer, you can create a more prominent structure of your app. This is possible with the layout editor. The blueprint mode of the editor enables you to prepare a rough structure. This allows you to understand the attributes of the widget in a clear manner. The constraint layout is a kind of layout manager that enables a developer to make more dynamic user interfaces. While compiled with a layout editor, it really works well. To get an idea of how constraint layout works, take a look below:

An upgraded C++ from the Gradle point of view is in operation. It is now possible to migrate projects from CMake to Android Studio seamlessly. In the latest Android version, many bugfixes. Built the sample app with a shared object library and native library with an APK. You can find it in the project wizard of the studio itself. Sample codes are much easier to work with now. In the code editor window, you can now find occurrences in the app and start the process of development fast. Apart from this, with C++, a developer can also make new native files from the directory itself.

To fasten the process of android app development, iteration cycles are the new thing. In Android Studio 2.2, stability and reliability are the two main components. If you have already used a feature of ‘Instant Run’ previously, you should be familiar with the issues. In the latest version, you won’t come across this. Moreover, there is an APK analyzer, which contributes to each of the components. Currently, many new strategies are there to create a cache with incremental build times. There is a facility to enable android.enableBuildCache=true with the grade properties.

Android Emulators are now equipped with virtual sensors. The latest UI controls allow developers to take advantage of Android Sensors like Magnetometer, Ambient Temperature, and Accelerometer. Thus it facilitates the process of testing. Espresso Test Recorder is another addition. It allows you to do UI tests while recording the entire testing process. The tester can even test the application locally using the integration server. With GPU debugger capturing a number of OpenGL ES commands now becomes possible. There’s an option to debug the graphical output for improving the performance of ES command.

With world-class coding experience, debugging facility, flexible built-in system, and instant deployment system, Android Studio 2.2 helps a developer to make high-quality android apps. This IDE from Google eases the process of development. It improves the user experience at the end. Instead of using the traditional present perspectives, Android Studio gives just the right tool to the developers.

It’s the layout editor, APK analyzer, sample browser, and many strong features, which make Android Studio 2.2 more special. Moreover, the Run Window also consists of log messages that one can see while running the app.

If you are planning to have some off the shelf android app experience with improved functionalities and zero bugs, then we are ready to give you a robust app. Just send all the requirements of your app by sending an email to contacts@unifiedinfotech.net.