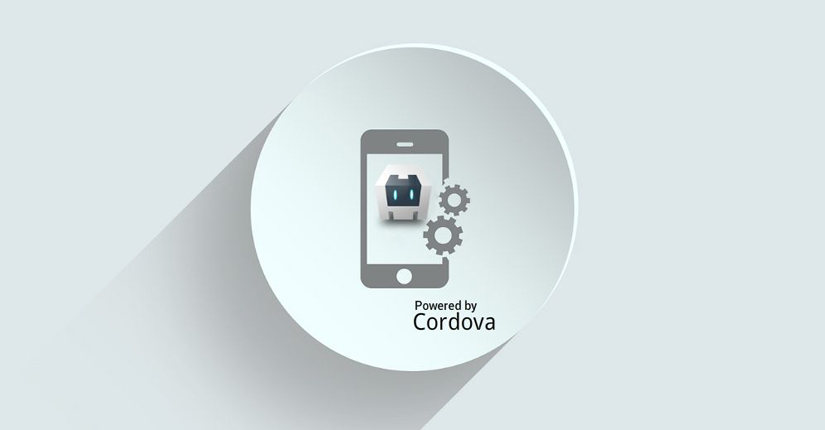 For mobile developers who are looking to extend the functionality of an application in more than one platform without changing the tool set and language of the platform, Apache Cordova comes as an instant solution to them. With the growing demand of mobile application around the world and the rapid advancement of mobile app development (where mobile app downloads are expected to reach 268.69 billion by 2017 as per this Statista report) the demand for innovative mobile apps are fuelling the rise of advance mobile technology frameworks.

As the mobile app development industry is growing by leaps and bounds today, there are some robust technologies which are making it possible to develop scalable applications. One of them is Apache Cordova. Throughout this blog, we are going to analyze how can this mobile framework contribute towards making the app development process more advance.

A Brief Outlook of Cordova

The emergence of Cordova is due to the need of such an open source mobile development framework that would work even while developing a cross platform development app. It removes the hassles of relying on APIs of iOS, Windows or an Android; instead, it helps mobile app developers to make an app using HTML 5, CSS3 and JavaScript.

Even before you start developing an app in any OS, it is important to know which development paths are you going to use. Well, there are two main workflows which you can follow – Cross platform Workflow (CLI) and Platform Centered Workflow.

Cross Platform Workflow, as the name suggests can be used to run an application in various operating systems. It is mainly centered around Cordova. Web assets with similar sets are copied and transferred into subdirectories in separate mobile platforms. The developer can also use a different set of plugins on a common interface.

On the other hand, platform centered workflow, can be used if you want to combine the custom native components along with the Cordova components. Here, lower level shell scripts are used for each platforms. Plugins are available for each one of them.

To give you an idea of the Cordova architecture for developing a mobile app or web app, we are presenting you with an exclusive graphic.

Cordova eases the process of mobile app development by offering an array of benefits. Take a look at them.

Implementing  Modern Web Technologies: In the beginning of this blog, you might have come to know about the use of HTML5, JavaScript and CSS3. Well, it might be difficult for a developer to adopt to Cordova, he or she can at the same time learn modern technologies like AngularJS and JQuery as they are used often in Cordova.

Saves Coding Time: In Cordova, one can write the same code in various platforms. One doesn’t have to face the problem of porting as no changes are required to be made. As a result, the development time can be reduced to a large extent.

UI Problems Solved: Browsing a website in a Smartphone might be at times cumbersome as the user has to scroll through a web page thus making it a difficult process. Cordova comes loaded with multiple libraries that makes user interface an interactive and engaging experience for the users.

Advanced Plugins: In order to make a native app, you require multiple plug in, but in Cordova a number of plugins are already included. As a result, the developer is empowered with accessing special features such as determining the current location, accessing the file paths and many more. Another benefit of Cordova is that it has a number of community plugins, which makes it easier for the developers to manage any issue within the app with complete ease.

Today, iOS and Android are the two most popular mobile operating systems that exists around the world. Keeping Cordova at the backend and using it as a framework offers some exceptional benefits to both these operating systems, but at the same time it is important to keep in mind some important things.

Use Plugins Intelligently: Since Cordova comes with considerably less number of APIs, it is important that to add some plugins. You can search them in the Cordova Plugin Registry; they provide an easy access to the geo location, Camera and Battery, that are supported across multiple platforms.

Decide About The Versions: Are you going to use Cordova in the recently released iOS 9 or Android Nouget? all the third party plugins are pretty advanced in Cordova, hence it is important to check that whether the operating system which you are using support such plugins or not. You can even add various platform versions in order to simplify the CSS selectors.

Form Factors To Consider: As far as the forms are concerned, keep in mind about responsiveness as the whole world today accesses a website either through a tablet or a Smartphone. Moreover, the designers as well as the testers should be aware about the methodologies to be applied for developing apps both for iOS and Android.

Offline Support Is Important: While making a Cordova based iOS or Android application you must keep in mind about how a particular app is going to work that doesn’t need any internet connection. For instance: a calculator. In that case you can make use of the Cordova Network connection in order handle the connection issue properly.

Testing Matters: It is a known fact that emulators or simulators fasten the process of testing a mobile application, but one cannot ignore the usability of real time testing. A real device might be more effective in handling bugs or issues as compared to the manual devices, which are already available. Debugging Corodova based application can at times be difficult but if you are accustomed with Safari and Chrome, then nothing beats that.

Cordova not only simplifies the app development process, but it saves the development time to a considerable extent. We recommend to the developers that they use an existing framework while making an application. Doing this will not only structure the application but will also add a number of components that will give the mobile application a more native look.

If you want to develop a robust Cordova based iOS or Android app, then write us a mail at [email protected] with your requirements.