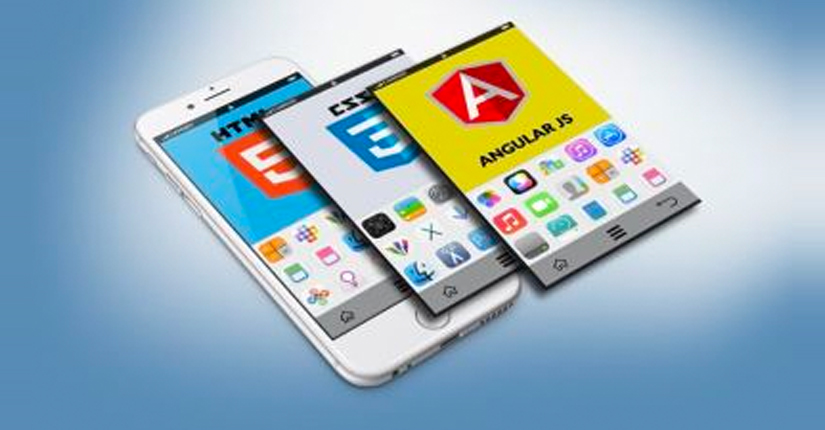 The use of a mobile application has reached to such a stage today where people are not merely concerned about the functionality or the usability of the app, but they are looking for something more engaging. In other words, we can say that even mobile applications are in a dire necessity of sophistication. Well, having said that it would not be wrong to claim that technology is slowly overtaking the app world to make applications that enhance the user experience.

Hybrid mobile application – the new name in the mobile application development is all about elevating the experience of the user as we have mentioned in the previous paragraph. According to a Forbes report, 79.45% of the people all of the world use Android and 16.4% of them use iOS. These statistics pave the way for the need of such an app that will help users to access it more from their mobile phones and a hybrid app does just that.

Now, let us explore further the world of hybrid apps.

It’s HTML, CSS, and JavaScript that form the ingredients in forming a hybrid mobile application. The use of web technologies, allows a developer to use JS libraries. Such apps are hosted within native applications, which take the help of mobile in order to give the user a perfect web view. One of the greatest benefits of such an app is that it makes the app capable of using other capabilities of a device such as a camera, APIs, and accelerometer (which cannot be accessed normally by a website while running on a mobile).

So, does the combination of three technologies embedded into one app offer any benefits? Well, there are a number of benefits, which you can avail once you make use of a hybrid mobile app. Let us take a look at them:

Mechanism Behind Javascript, CSS And HTML And Its Usage In A Mobile App

The combination of all the three means that it becomes easier for the web applications to work as one doesn’t have to switch between browsers and can avoid the hassle of changing the code every time. In the next paragraph, we will take a look at how a hybrid app exactly helps to develop a superior app.

The introduction of the new CSS and HTML 5 elements helps to adjust various resolutions that run on hybrid apps. It serves the purpose of managing the images in a website with proper resolution. Some of the important benefits that this kind of app has to offer are resizing the image from the server side, solving CSS media queries, setting HTML 5 srcset attribute and adjusting the resolution of independent images in SVG format.

An interesting feature to note here is that the CSSS3 media query works best for uploading logos while using the hybrid app by applying the following code.

Ionic and Firebase: A Perfect Choice For A Hybrid App

Do you know that even Ionic and Firebase can team up to make a robust hybrid app?

At UIPL, we develop a hybrid application with Ionic and Firebase. Ionic, takes the help of AngularJS library and uses it as a JavaScript library to create single page applications for mobile and the web. On the other hand, Firebase saves a considerable amount of time for the developers with its cloud-based platform that is further implemented on the web as well as mobile applications. Using both of them in the form of a hybrid app fastens the development process if you want to make an app using Cordova or PhoneGap.

In order to make use of Firebase, it is necessary to create an account in it and then make an app that gives a new URL to you. Since Ionic is based on the AngularJS, it is important to include scripts in the library. Use the following script below in order to do that.

You can now inject firebase in the mychat module like this

In order to built real time mobile applications that run on multiple platforms, it is important to take help of robust technologies such as Ionic, Corona, HTML 5 and CSS. As a mobile application development company, we are an expert provider of developing hybrid based mobile apps. Hence, if you are want to develop such applications, all you have to, is just drop an email at [email protected] and we will get back to you.