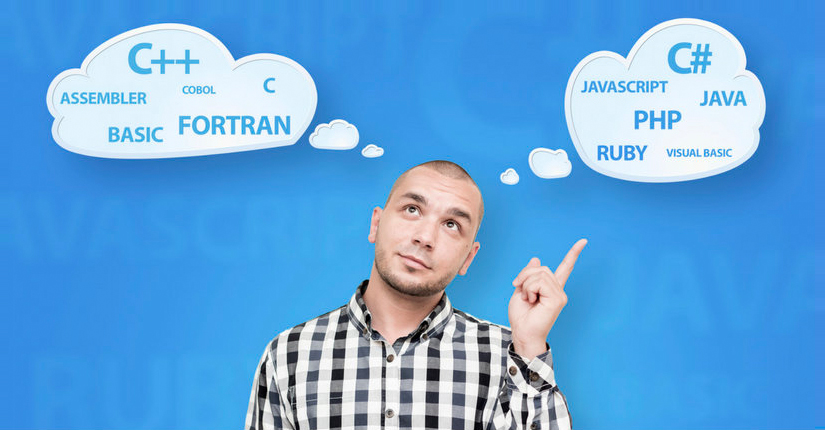 Writing an extensible source code is the backbone behind creating a great website. It is necessary to choose the best programming language. It acts as a catalyst to develop a web-based application. Starting from PHP to ASP and Python, there are plenty of them today available in the market. Since the advent of internet, website development service has come a long way. Programmers face challenges when it comes to developing complex web apps. They need strong language support for better execution.

As a programmer, one must know to use the language at the right place. New languages arise every now and then. One might not be aware about using it in the proper way. JavaScript, Python, C++, Ruby on Rails are some popular languages. Coding is the result of implementing the languages. If you want to master the art of coding, then a grasp over language is necessary. To deliver a great website development service, programming is fundamental. It creates robust web apps with greater functionalities. In this digital transformation world, it is necessary to know these languages. They can solve complex problems. Coding is the ultimate secret to create a great web app.

The presence of many languages has made it easier for a developer to work. Java is the core language when it comes to improving the functionalities of a web app. It runs across various platforms irrespective of the server. Python is another language, which most developers use. It uses a straightforward syntax that simplifies the task of writing codes. It became popular after the search engine giant Google used it. Even companies like Instagram and Pinterest are using this language. If we talk about learning the language, then Ruby captures the mind of the developers. It makes their task much easier. Languages thus form an integral part of website development service.

One confusion, which arises in the mind of developers, is about Swift. The popularity of the language is more. Even Objective – C  is not as popular as Swift. Still most of the iOS developers recommend it. It is the starting point for developing iPhone-based apps. Whenever you are offering website development service, know the client’s need. You can then decide which is the best language to use? With the rapid emergence of coding, it is mandatory to master the art of coding. In the later paragraphs, you will come to know about which is the best language to use.

Your Guide To Programming Languages

To deliver the best web application, you need a language that gives great results. We will help you to understand the best language. You need to have a good idea about HTML. It will serve as the basis for determining the language for your next web app.

You need to answer few questions to get an idea about the programming languages.

Is Your Platform Right?

Common operating systems like Linux and macOS are the most popular ones.  Moreover, Chromebooks are the new thing in technology. They allow development in basic languages like HTML. To execute intense programming, it is necessary to boot Linux.  It offers a high-level of customization, like the UNIX OS. With the help of Xcode, you can use compilers for Objective-C, C++ and Swift. One can also use the virtual machine, as visual studio and Core.NET as they are quite powerful. For instance: if you are using C, run the compilers on both Windows and Linux.

Front end or Back end?

First decide whether you want to use front end or back end? When you have the answer, focus on JavaScript. Companies like Google, Facebook and Amazon use AngularJS in the frontend. When it comes to backend, Python and Java find their importance. One can also use Node.js at the backend. It is important that you have an idea about the correct language. Client and server side languages are necessary to execute a web project. Full stack developers use both front end and back end. It is necessary to have an idea of both.

The Purpose Of Your Programming

You have to decide what is the purpose of your programming? If you want to deliver website development service, then use it. Most of the languages are open source, so it will not be a problem for you at all. You can seek suggestions and advice from communities around the world. If you are ready to create the ultimate web application, then learn the best language. Always keep in mind about the primary goal of your programming.

Which Is the Best Web Language?

One must use the best web language for creating a wonderful web application. We present to you a list of programming languages, which you can always use.

JavaScript:  It’s a very easy to install language. It is present in many modern browsers. It has overcome Java and PHP’s popularity. As a result, one can use JavaScript as the backbone for development.

C#: A general programming language that finds its usage in the web applications. Most of the ASP.NET based web apps use C# as the core language in programming. They are either written in visual basic or in any of the .NET languages.

While working with web languages, one learns versatile languages using basic syntax. It’s a  connected world today. A terrific programming language is the primary thing. It helps to stay ahead of the competition. Take for instance PHP. It’s a stable language with many open source options. Moreover, the Ruby on Rails framework is quite easy to use and has many features.

There is no best language as in particular. It all depends on the kind of project one undertakes.

To get the best website development service it is necessary to deliver the best. So, master the programming languages. They open up new avenues in developing a web application. We have developed many new and innovative web apps for our clients. If you want to develop a robust web app, then this is the right place. All you have to do is send an email to [email protected] with all your project details. We assure you of great results.