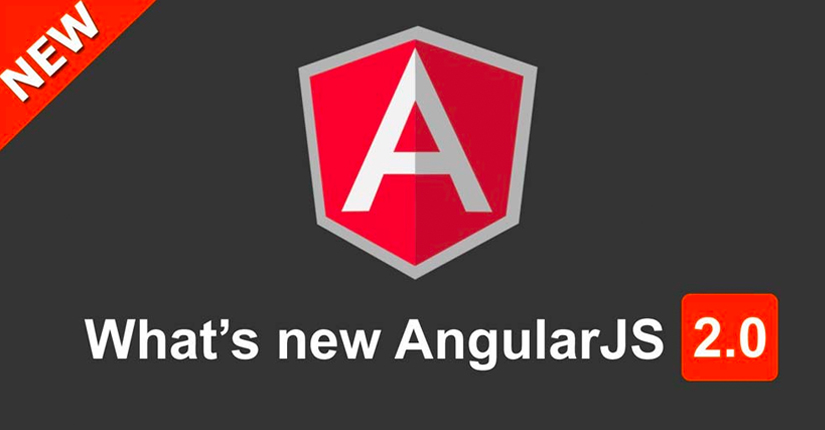 Angular JS development is a JS framework that has been taking businesses to a different level of success. An open source framework has witnessed phenomenal growth in master businesses with a wholesome community support.

Earlier it started its journey with humble improvisations but with time, they have matured as a client-side MVW framework. Now it is pretty easier to build complex single-page applications. It is now keeping an equal eye on the application testing and writing, simplifying the development process.

Angularjs 2.0 officially announced on October 2014 in ng-conference but is still at an experimental stage. Its current version is 1.3 while more recently it is migrating to version 1.4. It is estimated that around 16—apps inside Google is running or 1.2 or 1.3 version. However, the lab stage 2.0 version is a complex and major update that is going to include some real brainstorming options for the Angular JS developers.

As an Angular JS development company, we though to take our hands-on before the pre-release of Angular JS 2.0 and find out what improvement we can expect from it, and what major area it is going to influence –

Version 2.0 will focus more on mobile application development. It makes everything easy to handle and all challenges related to mobile such as performance, load, time addressed.

Various modules remove from the Angular’s cores that result in better performance. These will find their way to the ever-growing Angular’s ecosystem of modules. It means that you will be able to choose the parts that you need accordingly.

Angular 2.0 is going to target ES6 and evergreen modern browsers that automatically update the latest version. If you build apps for these browsers means various hacks and brainstorms that make Angular harder developing can be eliminated and focus on the code related to their respective business domain.

It is a superset of ES6 used to develop Angular 2.0 processed by the Traceur compiler to produce ES5 code and uses TypeScript’s type syntax to generate runtime type assertions rather than compile time checks. AtScript is not compulsory and you can freely use JavaScript/ES5 code instead of AtScript to write Angular apps.

Dependency Injection – now what’s that! It is a software design in which an object is passed its dependencies rather than creating all by themselves. Initially, it was one of the factors, which differentiated Angular JS from its competitors. It is highly beneficial in terms of modular development and component isolation. However, the implementation was plagued with problems in Angular 1.x. Angularjs 2.0 is able to address this issue as well as adding the missed features such as child injectors and lifetime/scope control.

You will come across tools in AtScript that associate metadata with functions. This facilitates the construction of object instances by providing required information to the DI library to check for the associate metadata while calling a function or creating an instance of a class. It is easy to override the parameter data by supplying an Inject annotation.

The child injectors inherit all the services of its parent with the capacity to override them at the child level. As per the requirements, different types of objects called and automatically override the scope.

Improved DI library will feature instance scope control that will become even more powerful when used with the use of child injectors and your scope identifiers.

Lets us look at the templating and data binding as they come hand in hand while developing apps.

Well, this feature helps to get along with the current version of Angular JS. It will let developers and new directives or controllers on the fly.

Their template compilation process is asynchronous and the as the code is found to be based on ES6 module spec. the module loader which you will find here is full of load dependencies by simply referring them in the definition of the component.

You will come across three directives in Angularjs 2.0 –

a. Component – this one helps to create reusable components by encapsulating logic in javaScript, HTML and optional CSS Style Sheet.

b. Decorator- These directives is put to use if you want to decorate elements.

d. Template – These will help to turn HTML into a reusable template.

In the inception, the Angular router was designed to handle just a few simple cases. However, with the growth of the framework over the time we have been seeing that the router in Angularjs 2.0 has been reworked to be simple, yet extensible. Now they are going to have the following best features-

11. Use Push State or Hashchange

Now, let us check out the features, which make the improvement in the router as a catalyst to take Angularjs 2.0 to new rising bars.

The child router will convert every component of the application into a small application providing it with its own router. It will help encapsulate entire sets of an application with full features.

This will give developers a finer control over the navigation lifecycle, with the help of a set of callbacks.

b. activate – Respond to successful navigation to the new controller

d. deactivate – Respond to successful navigation away from the old controller

These callbacks will allow the developer to return Boolean values

All of this logic is built with the help of a pipeline architecture, which makes it incredibly easy to add one’s own steps to the pipeline or remove the default ones. Moreover, its asynchronous in nature. It will allow developers to a make server request to authenticate a user or load data for a controller when you will be still remaining in the pipeline.

Angularjs 2.0 will contain a logging service called diary.js. It is a useful feature which measures where time is spent in your application.

$scope will no more be there in Angularjs 2.0 in favor of ES6 classes.

Angularjs 2.0 is the current buzzword in the mobile app development industry and one will carefully ride the top heighten as its release date nears. The beginning of March saw more details of the next version would emerge.

Therefore, as an app development company let us dig in some more rich and valuable figures.