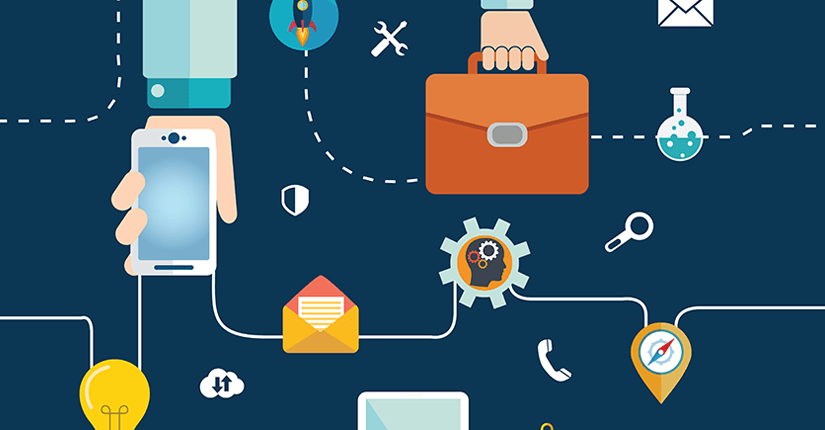 In the corporate world, there is a growing trend of BYOD (Bring Your Own Device). Employees are advised to bring their own devices to access company’s applications and data. In order to overcome this impediment, many companies are now taking the help of a multi-platform mobile app or what we call in technicals terms, a cross-platform mobile app development to upgrade their current devices and enable it to be used across a wide range of mobile platforms and in different kinds of operating systems.

When we talk about cross-platform mobile app development there can be two situations. One can either develop the app on a native platform or develop the app in a singular environment first and then allow it to be used in various native platforms. Cross Development tools use the simplest programming languages like JavaScript, CSS and HTML that makes it easier for the developers to write the core application easily and proves to be a helpful tool for companies offering mobile application development services.

Most of the tools that are used to make a cross mobile app is code free. Developers do not have to undergo through the tiring process of writing complicated codes. There are a number of tools which makes developing a cross-platform mobile app an easier task. So, let’s take a brief look at all of them.

This is a free tool which first-time app developers can make use of. PhoneGap can easily translate code from CSS, JavaScript and HTML. They maintain software development kits (SDKs) for every platform on which an app is developed. Apart from developing an app for an iOS or an Android, it lets you to develop apps for Windows and Blackberry as well.

I. The API interface allows the developer to write codes in any language and then converts the code to a native one.

II. It boosts the JavaScript API with an access to important components of a device like GPS and camera.

Titanium takes the help of SDK tools in order to create native iOS and android apps by helping you to make use of almost 90% of the code from other apps. Being an open source tool, updates itself constantly as hundreds of other developers regularly contribute to make it more functional.

I. Being a web oriented tool, it helps not only to develop the app but is also cost effective.

II. The prototype-based scripting is similar to that of JavaScript.

III. No need to learn separate languages for iOS and Android, because the tool helps you to implement the code easily.

It is mainly used in 2D game development. It gives developers five different platforms to develop their programming language.

I. It is written in Objective – C which is a superset C language.

II. It makes use of open GL swap buffer in order to deal with the memory handling problem easily.

A specially developed cross-platform tool for 2D gaming graphics, Corona speeds up your games up to 10 times. Based on a programming language Lua (an Objective C language), this tool is robust and helps a developer to finish coding in less than five minutes. So, the next time you see your games running fast, you know what is responsible for its superior performance.

I. Automatic integration of OpenGL-ES.

II. The tool is optimized in a way that it boosts the power of hardware thus accelerating the performance of apps and games.

When it comes to choosing the best cross-platform mobile app development tool, then Xamarin is the most preferred one by most of the big organizations around the world like IBM, Microsoft and Dow Jones. The tool makes use of various languages like C# or Ruby in order to create a stronger platform for developing mobile apps.

I. Shortens the development cycle of an app, by offering the benefits of a native UI.

II. Integrates the UI and APIs of Mac, Android and iOS apps in their respective languages, as a result of which they can support a system even when new features are added.

III. The simplified syntax of C# helps to prevent errors that result in a bad programming.

Though it’s a bit expensive tool to afford, but the cost is worth its usage. Alpha Anywhere can work with a variety of languages such as Xbasic, Cobra, C++,.NET, JavaScript and C#.

According to the Gartner Mobile Apps Report, it is expected that by 2017, people will download mobile apps 268 billion times more than the current pace, resulting in a revenue generation of $77 billion. In the coming times, technology will take a giant leap and the demand for running a mobile app in various operating systems will increase. With a cross-platform mobile application, that day is not too far when the technological world will witness the evolution of mobile apps that are made for running on a variety of operating systems.

With an increase in demand of multi-platform mobile apps, the world is slowly moving towards an era of more technologically advanced digital age. The arrival of a cross-platform mobile app will slowly emerge to be the most convenient feature in the mobile app industry for the future generation.