Google I/O 2017 Highlights – All The Announcements That Matter 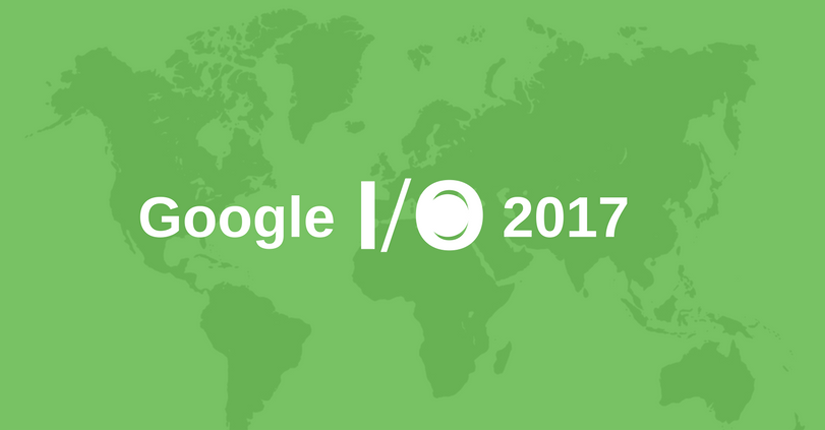 Google I/O is a developer-centric conference. We have seen that most of the innovative announcements made at the event. The news directly affects or improve the experience of Google’s customers. This year was also no exception. Google I/O has kicked off with some interesting product announcements and updates. Many of the new techs revealed at the event affect us in our day to day life. It will turn the future of the upcoming iOS & Android app development. It means worth checking out what’s new from the company. In 2017, the company has heavily worked on visual recognition and features. And we clearly see the development in this department in the tech mentioned below.

You might call that boring. But it is also a misguided notion. There was much to collect from Google CEO SundarPichai and the rest of the Googlers who presented onstage. So here are the 8 most important take-out from today’s I/O keynote.

Android’s mobile supremacy hasn’t stopped growing. SundarPichai exposed at the keynote’s start that the score of monthly active Android devices now surpasses 2 billion. That includes smartphones, Android Wear devices, tablets, Android TVs, and any other gadgets that are built on the operating system.

#2 Google Assistant Can Understand the World Around You

Google Assistant would now be able to examine your general surroundings with the assistance of your smartphone camera. Utilizing an innovation, the organization calls Google Lens, the Assistant will investigate your surroundings and show applicable content on your screen. You’ll see a restaurant’s rating while pointing your phone at the storefront, you can point it at a flower and it will recognize the species, and you can even pull up a band’s music or recordings by pointing Lens at a show poster. In any case, the most helpful example may be this: if you point Lens at Wi-Fi login credentials, your Android telephone will have the capacity to utilize that data to sign on to that network.

Google’s not the first company to try to improve artificial intelligence to a smartphone’s camera. Samsung freshly launched “Bixby Vision” on the Galaxy S8, a sight-based version of its own Bixby digital assistant.

Google Assistant is expanding beyond Android to iOS. Assistant will be an impartial app on iPhone and iPad. It will offer many of the same functions. As the same, we have seen it on Google’s own operating system. You don’t have to wait long for it. It’s available starting today.

#4 Google Home Turns into A Phone

Like Amazon, Google is transforming its smart speaker into a phone. Over the coming months, every single Home proprietor will have the capacity to put free calls to the United States and Canada. As a matter of course, Google utilizes a private number for this feature — yet you have the choice of binds it to your own particular cell phone number. The same goes for every other person in your home, as telephone calls support Home’s multi-client setup. Just outgoing calls will be accessible at launch, as Google is adopting a wary strategy to avoid privacy headaches.

Google Photos is getting a large number of awesome additions. The application will now suggest that you share photographs you’ve brought with individuals that it perceives as being in the shot. Google calls this Suggested Sharing. It’s likewise presenting Shared Libraries, which enable families to aggregately add pictures to a central collection all the more effortlessly. Yet, Google is accentuating control, here: you can share your whole photograph library, share just from a specific date, or share photos that incorporate certain things like your children.

Digital backups are awesome, yet imagine a scenario where you need physical memories. Google now offers printed photograph books. Books can be made straightforwardly on yours recommend the phone. Google will even prescribe books to you when it supposes a particular collection makes sense. Books are accessible starting today at costs that begin at just $9.99.

Google’s VR ambitions are growing beyond Daydream’s current form. It involves your smartphone to your face. The company announced that upcoming headsets from partners including Lenovo and HTC or won’t need a PC and smartphone to power the user’s VR experience. You just need to put it on and it works. The headsets track virtual space with something Google calls “WorldSense,” powered by technology from its Tango augmented reality system. Unfortunately, we didn’t hear exactly when this standalone vision will become reality. Google just offers a vague “coming soon.”

Google is propelling its review program for Android O, and the primary beta is being released today. We’re still in the entire beginning of Android O’s advancement, so you shouldn’t introduce this preview on your ordinary cell phone. Be that as it may, in case you’re biting the dust to look at the big new features — enhanced notifications, picture-in-picture, and that’s only the tip of the iceberg — you can select a perfect Pixel or Nexus gadget and start trying out Android O.

Pichai rushed to pound home the point that his organization’s future relies on artificial intelligence, particularly the machine learning methods that let algorithms learn all alone and enhance after some time. This innovation supports everything from its Assistant and searches to Google Photos and the AlphaGo framework. Amid the introductory statements of the I/O keynote today, Pichai reported Google’s cutting-edge Tensor Processing Unit, a uniquely composed chip for machine discovering that works with the organization’s TensorFlowplatform.for machine discovering that works with the organization’s TensorFlowplatform.