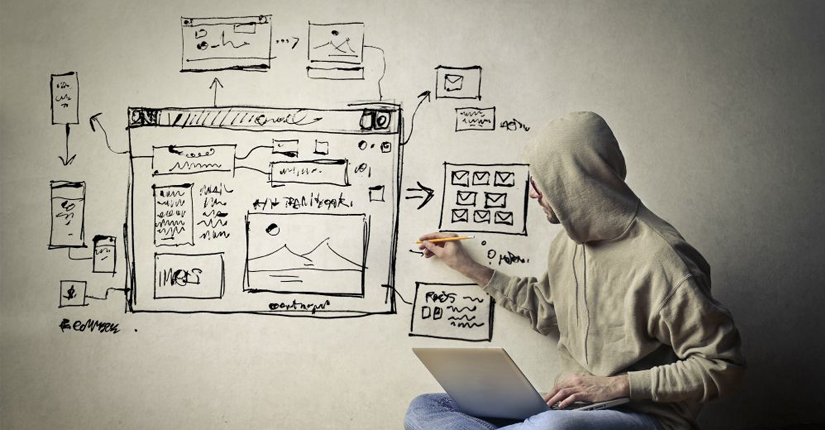 The evolution of programming is responsible for the rise of machines. We’re living in an age where computers regulate our lives. The analog age is over. Digital transformation is now overtaking human capabilities. Website development service is something companies around the world are opting for. It paves the way for the development world to get an entry in the digital world. For companies following the scrum app development process, faster project execution is the key. In 2017, quick strategies and best programming languages will bring best results for you.

Programming In The Digital Age

Programming has come a long way since it’s evolution. Starting from a simple HTML web page to a complicated one, programming simplifies everything. Libraries are one of the fundamental requirements in the web app development world today. To make data centric applications, it is mandatory to use programming. Over the years, developers have gone the extra mile when it comes to delivering projects. Knowledge has played an important role here. Programming language is the ultimate weapon to master the skill of web development. Starting from an ecommerce to real estate, each website is dependent on programming. In other words, we can say, this is one thing, which drives the IT industry today. Firms offering website development service make programming as a compulsory service.

Coding forms a vital part in programming. Be it Fortran or the latest Ruby on Rails, one cannot deny the immense blessings of coding.  Its metamorphosis is due to the demand to solve complex web applications. Today, we live in a digital era. Technology solves everything with a click on the computer or a tap on the touch screen. People expect everything in digital format today. Starting from radio to television and shopping, everything should be on their fingertips. To meet their demand, the IT industry makes special use of programming. The result is the rise of interactive mobile apps. Engaging apps that offer solution to the problems.

Programming strongly integrates in website development service. To make a successful website or to make a robust app, programming forms the backbone. It is the fundamental requirement to develop a software. The rapid emergence of enterprise-based applications fuel the need to learn programme-based languages. For those who want to develop robust application, programming is the only way to get the best results. As we sail through 2017, there is a need to integrate technology in modern applications. As a developer, you must master few programming languages to deliver an agile application.

Programming Languages You Must Master

The tech industry moves towards a more advanced age in 2017. Some programming languages can fetch the best results. If you want to grow up the ladder in web development service, you must use them.

There is a competition between Perl and Python. Both the languages have many similarities. That’s the reason which brings them on the same platform. Perl’s strength lies in its community. On the other hand, Python focuses more on the data structure designing. Its ability to work with object-oriented programming makes it popular among developers. To write easily readable app, Python is just the perfect choice for a developer. If you compare it with Java, it reduces the compiling time easily. For perfect website development service, choose this language.

It was once a language for mathematicians as well as scientists. Its emergence rose due to the increasing demand of statistics and mathematics. To solve the complexity of an application, Matlab is the ultimate solution. It gives a more analytical approach to a problem. Developers looking for a sound and accurate solution can trust on the language.  It has a basic data element known as matrix. All the mathematical operations work on an array with a built in mathematical environment.

In 2016, PHP 7.1 came up with improved functionalities. The new return type and multi-catch exception handling were the primary features. In 2017, one can expect the language to come up with robust frameworks. From a developer’s perspective, this language is the ultimate one. It comes as an instant solution to solve high scalable business applications. Laravel based frameworks with upgraded versions will come up. There are many applications, which are PHP based and give good benefits to developers.

Since the time of its revolution, Swift emerged like anything. Objective-C has taken a backseat. Swift is one of the best programming languages for iOS. Developers love it as this is the least prone to error language. It ensures quality control with effective output. Being an open source language, a developer also gets multiple solutions to backend problems. It has the ability even to interact with RESTful APIs without any error. Another benefit is that it finds it usage across numerous platforms.

In the digital age of extreme programming and coding there is no alternative. A productive and robust coding forms an inherent part of the technological industry. To emerge as a leader, you need the help of an expert. Include these languages in your website development service to get more clients. 2017 is going to be a year of innovations and technological disruptions. A developer need to master the languages to get the best clients and stay ahead of the competitors.

If you are facing problems with your existing website, then choose us as your web partner. We assure you of quality website development service, which will fetch good business results. Send us an email at contacts@unifiedinfotech.net.