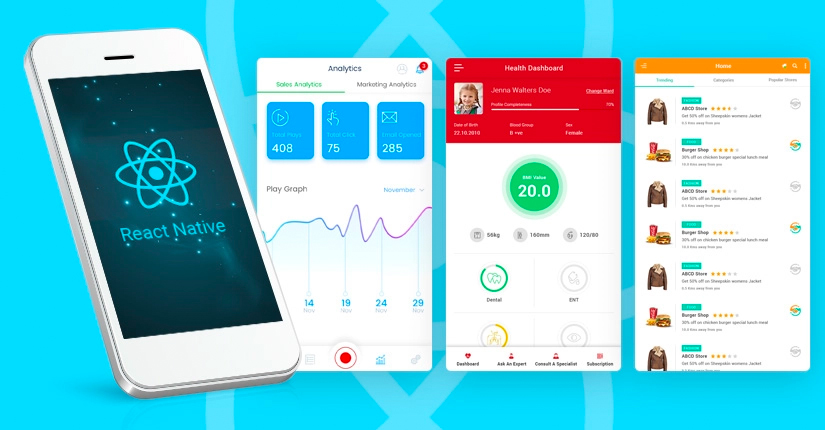 If you own a business, then having an app is the easiest and a sure-shot way of communicating with your clients, 24/7. 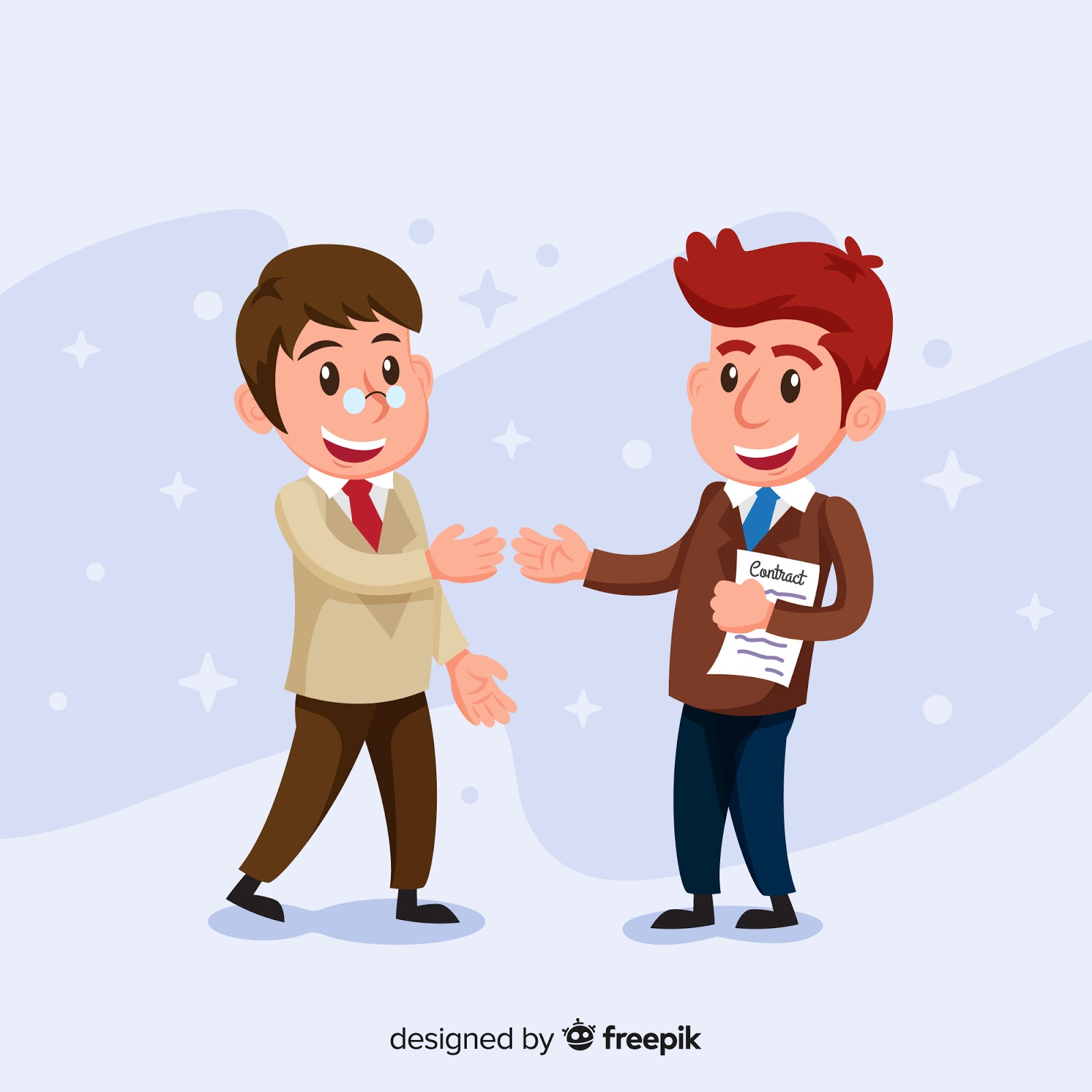 But at this age of smartphone technology, there’s nothing unique about having an app for your business. Chances are more than half your competitors have their own apps as well.

Simple, by applying one of the most robust app development technology available in the market today, which is React Native.

With the support of Facebook and a huge open-source community, it happens to be a great technology, to begin with. Based on several pieces of research conducted by R&D departments of top tech companies, when compared with native technology React Native has almost equal performance in 3 very important technical aspects of an app.

Besides the amazing support it receives from a tech giant like Facebook, and the obvious technological superiority, there are a few more reasons why React Native is so popular. Its Hot Reloading feature refreshes the UI instantly as any changes are made. React native creates a better development experience, removing the rebuild and deploy from the iteration cycle altogether.

The viability of React Native as a coding framework might worry you a little, as it is still a relatively new framework. But since it is being backed by Facebook to be licensed by MIT, some of the best tech minds have worked on this technology which only increases its appeal.

There is also a sizable developing community that backs it. Along with Facebook, this community is working hard to improve the framework setting up futuristic goals and promising a better technology.

Being an open-source project, there is a huge developer community that is working day and night to improve the framework. As a result, there are a lot of components available for the developers to use when developing a robust app.

Another thing that helps react-native to decrease the development time is the use of a state management tool called Redux. It creates one shared data layer for both Android and iOS, making it faster and increasing the chances of success.

The huge savings in development time automatically leads to a significant reduction in development cost when it comes to app development. Also, having a single code base makes it more affordable to maintain and scale the application. Not only does this reduce costs, but it also enables businesses to invest the savings in other critical areas.

One of the biggest factors for the success of React Native is that it does all the above while ensuring the apps powered by it offers robust and seamless user experience like Native Apps. even though JavaScript is not exactly as fast as a native language, React running along with JavaScript can run the most complex apps in a smooth manner. The JavaScript part of the code runs on its own thread which means it doesn’t affect the various components of the app at all.

It’s not that easy to distinguish between apps made with React Native and Native framework. The reason is that it uses the UI structure just like native apps. Additionally, it also enables developers to write code in their native language when they have to fine-tune a specific component. In such a case the developers can easily switch to Swift or Java

Even though it was initially introduced for iOS, Facebook later decided to develop react-native support for Android as well. Because of its amazing capabilities and features, React Native became a true cross-platform framework which means that it can be used to develop both Android and iOS app through one codebase.

It is convenient to embed native codes when the developer has to integrate a platform-specific authenticity to your application. As a result, you don’t have to spend time writing two codes, you can get your job done easily.

One of the best advantages of React native is the live updates and code push.

Think about it- when you choose to build your app with React Native, the users won’t have to go through the entire app store update cycle again and again to update your app. With the extensive use of JavaScript developers can just push the updates to the user’s phone.

You can easily integrate Microsoft’s live update service CodePush SDK to your React Native app. This will allow you to push these live updates of your app to the user’s phone. However, the only problem with this strategy is the fact that only the JavaScript files and assets can be updated this way. Any updates on the native side of the app need to go through the app store update process.

So, Is It The Right Call?

While there are no major differences in React Native and Native app technologies in performance and user experience, many tech minds also believe that for more complex apps Native technologies like Swift and Android are the preferred option. However, one huge aspect which goes in favor of React Native is that it almost saves a 30%-35% budget in comparison to native apps, which is a big saving. So if you are looking to develop your app for both iOS and Android, React Native is surely a technology that needs good consideration.

Recognizing all the benefits of the React Native app development framework, we too have utilized it to build some robust apps for our clients.

Partnering up with one of the prominent names in the healthcare industry, we worked to create an app that will make it easier for first-time parents to take care of their children. 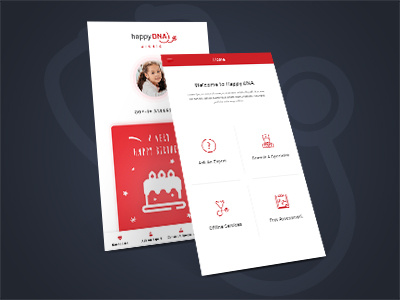 This complete personal guide for childcare has already helped more than 25k parents and their children and continuous to do so. And the best thing? It is developed using react native technology. The case study of the app clearly defines how we turned an amazing idea into a brilliant app, made to scale the market as well as help the users.

If one example is not enough for you, then allow us to talk about the execution of a video recording app that is unique and uses React Native at its core as well. 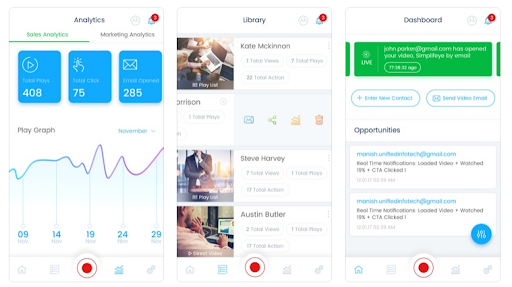 The feature of recording video remotely from another location is definitely a unique take. And the fact that it has been created using the React Native framework makes it even better. With this app, big and small companies can capture up to 4K video from anywhere. If you follow the case study you will see all the amazing features we were able to integrate into the app with the help of React Native framework.

Even though relatively new, the framework of React Native, backed by Facebook, has some amazing benefits that make it so popular among the developers today. It is capable of creating an app that is scalable, sturdy and reliable. So don’t hesitate in choosing React Native for your enterprise app development.