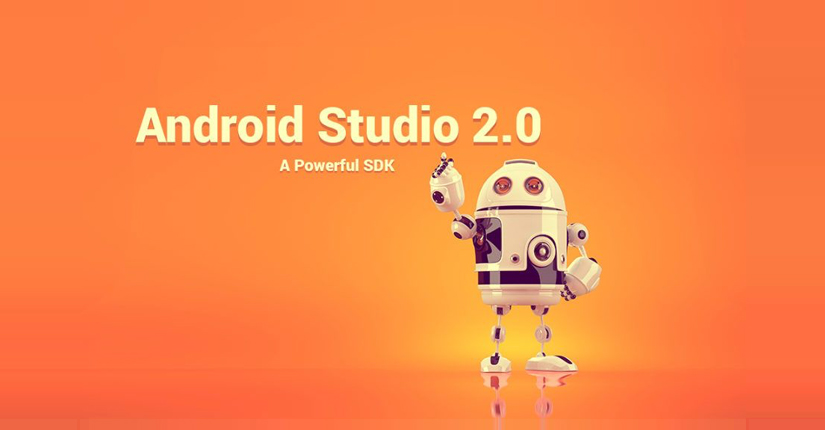 As per a report, on the first quarter of 2016, 17.2 billion apps were downloaded. Out of those, 11.1 billion were Android apps. Though most of these downloads mostly comprised of games, but the figures prove the growing popularity of such android apps all over the world today. Developers are looking for more advanced tools to create even more inspiring and engaging apps, which would be of use not only to the masses but to the businessmen as well and benefit the human kind.

As far as android app development is concerned, it’s the kind of infrastructure that a developer makes use of which boosts the power of a mobile application. In technical terms, the tools which a developer use is commonly referred as SDK or Software Development Kit. It is the secret for creating phenomenal as well as high-performance apps for Smartphones, tablets, Android wear or Android TV.

Android Studio 2.0 , the official IDE from the giant has everything which a developer cannot even expect from any other SDK. Everything which you need to develop an android app is available in this latest version starting from code analysis tool to emulators and code editors. In this blog, we are going to enlighten you about the various benefits and how it adds more power to a developer’s software development kit.

A bunch of new and powerful features of Android studio 2.0 makes it the ultimate choice for the developers. Let us study which are those.

The whole purpose of this latest tool is to increase the developmental work of an application. The ‘Instant Run’ is a new feature that lets the developers accelerate the speed of running, building and editing the cycles. It injects the changes made in the code by implementing it in the app running process. Thus, you do not need to reinstall or redeploy your APK. It can work with any kind of android device that runs on API 14.

Just like a nitrox in a vehicle, the emulator speeds up the performance of the CPU, thereby making it work 3 times faster. In fact, when you include ADB, the speed increases to a whopping 10 times faster. Apart from the speed factor, the new emulator also has sensor controls and brand user interface. A host of new capabilities has been added this time to the emulator such as the facility to drag and drop the emulator for faster installation, make use of many touch points and rescaling the window.

Android Studio 2.0 makes the process of testing, one the application is developed. It makes your app run through a series of tests along in Google’s own products. It makes sure that your app does not crash. Moreover, the interface of the Android Studio 2.0 is also such, that it can configure all the tests that have been done on Cloud Test Lab. Google views it as an extension to all the testing processes so that it becomes much easier to perform the tests in all kinds of devices including Smartphones and Tablets.

People looking for your android app in the store will find it more easily. With proper app indexing, Android Studio 2.0 enables you to rectify the URL structure in the app code and lets you add any kind of attributes in the AndroidManifest.XML file. Once you finish adding the URLs to the app, you can validate the app indexing code and start the testing process. One interesting thing about the app is that you can check the validity of the app with the help of the index code, which you have used in the Android Studio.

While developing applications for graphical apps, you will now get a GPU debugger with this latest version of Android Studio. It enables you to do a frame-by-frame check. This allows you to find any bugs related to graphics and gives you more information on GL.

Future Updates And What To Expect?

On June 2016, Android Studio 2.1.2 was released. Though there haven’t been any notable changes in the update, but only three key updates were made which are given below:

Making Android Studio 2.0 Easier For You

In this interactive video, you will get to know about the basics that will help you to get a brief overview of the various kinds of features of Android Studio 2.0

How To Install The Latest Version And Update It?

If you are currently using the latest version of Android Studio, then you follow the steps below to install.
From the navigation menu, go to ‘Help’ and check for any updates, either Linux or Windows

Go to Android Studio and check for any updates

Once you have installed Android, it is important to set up in a proper way. If you want to use the feature of ‘Instant Run,’ it is important to make a new Android Virtual Device when you are using the emulator for the first time. In case you are using it for the first time, you will receive a new message specifying to update yourself to the plugin version.

SDK tools such as Android Studio 2.0 not only eases the task of a developers, rather it opens up the possibilities for an operating system such as this to go explore more limitless opportunities in the technology world.

If you are looking forward to develop an android application, then it is the perfect time to establish a professional connection with us. You can send us an email at [email protected] and we will get back to you to understand your app requirements.

With the most modern SDK in our hands we can convert the dream idea of your mobile application into reality.