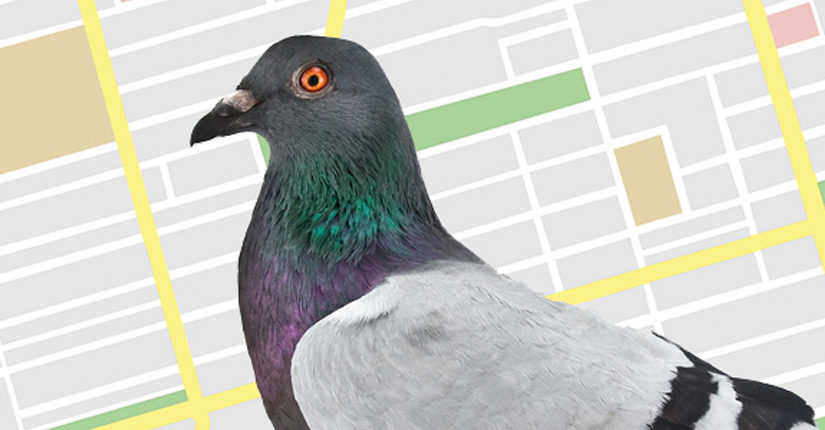 24th July 2014 Google pushed all-new algorithmic change affecting local search at large. Barry Schwartz, editor-in-chief of Search Engine Land, broke the story after Google’s official shared their views to them. Google stayed away from assigning a name to the change, but SEL came up with a name to the update – they called it “Pigeon Update”.

No, Google’s Pigeon Update is not a simple spam change, something more of a fundamental change reports SEL. Google has not cleared the doubt of SEL (Search Engine Land) on what percentage of queries the update might influence. However, the changes rolled out to both Google Maps search results and Google Web search results. This new algorithmic update is going to reach out deeper to the web search capabilities, including hundreds of ranking signals such as Knowledge Graph, Spelling Correction, Synonyms and others. However, it has rolled out only for the US English results, whether it rolls out for other languages or countries is a matter of time and patience.
Let us sight some of the evident examples as noticed by SEL(Search Engine Land). Significant Changes Noticed by Search Engine Land, when they typed “ice cream.”

Google was silent about the Algorithmic change, until forums like BlackHat World forum and Webmaster-World took it up to the web. Few years before in 2009, Google dropped local results for web designers and SEOs, but this new one is more tied to traditional web search ranking signals.
Core changes are behind the curtains, but it is going to affect the local search results, and some local business is surely going to notice the increase or decrease in their website referrals and leads. Further, Google affirms that this new algorithm is going to improve their distance and location ranking parameters.

UIPL would like to hear from the small businesses and startups on how this algorithmic change has hit their business. Share your thoughts with us.
Image Credit: Search Engine Land