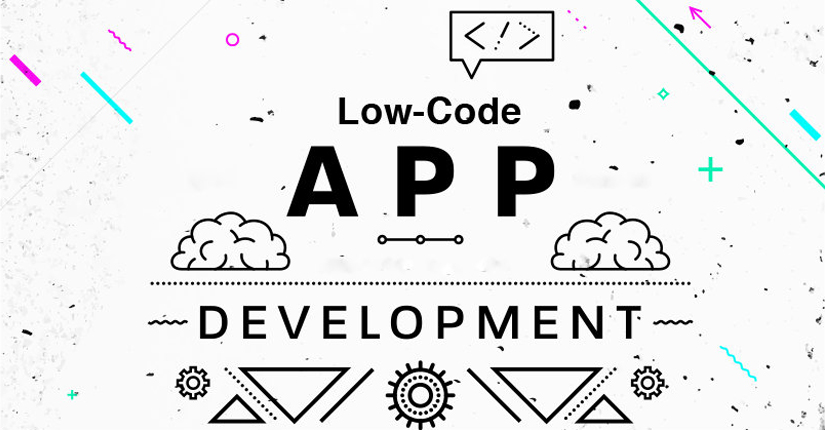 We live in an app-centric world. As we open an app on a daily or even hourly basis, it flows through the Software-as-a-Service (SaaS) in a modern business environment. We even communicate and team up with colleagues and co-workers through apps. Mobile app development is robust and possesses diverse function. By using apps, we track projects and task progress. We manage from human resources (HR) and helpdesk tickets to expenditure with the help of apps.

What Is Low-Code App Development?

The term “low-code app development” didn’t there until a few years ago. Though the concept is not a new one. There is a notion in enterprises and SMBs of the “citizen developer” and “power user”. The meaning is that business users see an opportunity to optimize a process and take it upon themselves to develop their own apps. They even experiment with technologies, for example, Visual Basic for Application (VBA) programming in Microsoft Excel. Low-code tools expand the philosophy from the tech-savvy workers to any average employee. An average employee sees a business process or problem that a simple app can optimize and solve. They set out to build it themselves.

In contrast the top tools, we’ll run with the term “low-code,” utilized by Forrester Research Inc. for a progression of “Forrester Wave” research reports. Another real research firm, Gartner Inc., as of late rolled in with its own study of the tools. Gartner calls them ” Enterprise High-Productivity Application Platform as a Service” (hpaPaaS), however, its new “Magic Quadrant,” write about that space utilizes “low-code” and “no-code” and “RAD” phrasing generously. The firm inspected cloud-facilitated arrangements only.

Reports feature a “Leader’s” category in their reports, and the only corporations that were considered Leaders by both firms were Salesforce.com Inc., OutSystems Inc. & Mendix Inc. Following is a detailed study of the three low-code platforms offered by these leaders.

Despite the fact that the organization made its reputation for being a CRM software vendor, its Force.com “high-productivity application platform service” has been there on the scene since 2008. Presently, Force.com and comparable administrations have given under the organization’s App Cloud Mobile platform.

And the nearly 10-year-old Force.com is still at the heart of the offering, providing app development even simpler than the low-code approach, being described as no-code.

The company says, “Force.com is the only platform that lets you build powerful enterprise applications without writing a line of code. You can create apps by dragging and dropping components into the Lightning App Builder. Furthermore, automate business processes with the Lightning Process Builder and modify your data object relationships with the Schema Builder.”

The company said in a blog post, “By empowering citizen developers in every part of the business, all of them modifying and adapting their own work rather than waiting for innovation to be handed down, change will happen constantly and smoothly rather than in uncomfortable lurches. The low-code revolution is really about setting the pace of change and making everyone an active participant.”

While the Salesforce approach is to some degree piecemeal, the Atlanta-based OutSystems puts the majority of its low-code eggs in one intuitive development condition, the most recent variant of which is the OutSystems 10 platform. With it, developers can characterize a data model, business rationale, workflow procedures and UIs for mobile and Web applications.

The organization stresses its support of offline functionality and access to local gadget functionality. While application segments just dragged onto a work surface and associated visually, engineers can develop application usefulness by composing or utilizing custom code in languages, for example, C#, Java, SQL, HTML, CSS, and JavaScript.

The stage apparently incorporated with “any” framework, and applications can convey with a single tick – including versatile application development to the significant stores.

Here is a summation of the company’s approach to “avoiding the pitfalls of rapid application development”:

The OutSystems architecture avoids the pitfalls of old fourth-generation language (4GL) technologies. The visual DSL defined to express enough for the broad scope of logic required for complex enterprise applications. It also designed to be open and extensible, allowing developers to plug in custom code or pre-built extensions.

Instead of promoting it as ‘code free,’ we designed the OutSystems visual language from the start to be a layer on top of existing coding skills, and it actually promotes the graceful ‘step-down’ to standard 3GL languages such as C#, JavaScript, SQL, and CSS whenever it makes sense. The goal is not to push developers away from coding. Instead, it just adds to what developers already know so they become extremely productive. To stay in control and avoid the risk of ‘hitting a brick wall.’

• Employ openness at every level.

The Smart Apps reference concerns modern multi-channel applications that developed in the age of the Internet of Things (IoT), Big Data, and machine learning. Rather waiting for inputs from users, Smart Apps, the company signifies, are: intelligent (they deliver recommendations and leadership to users); proactive (they forecast upcoming events and activate workflows that guide users); and contextual (modified, location-aware and rooted in user processes).