3 Features of Android that Can Freshen Up iOS 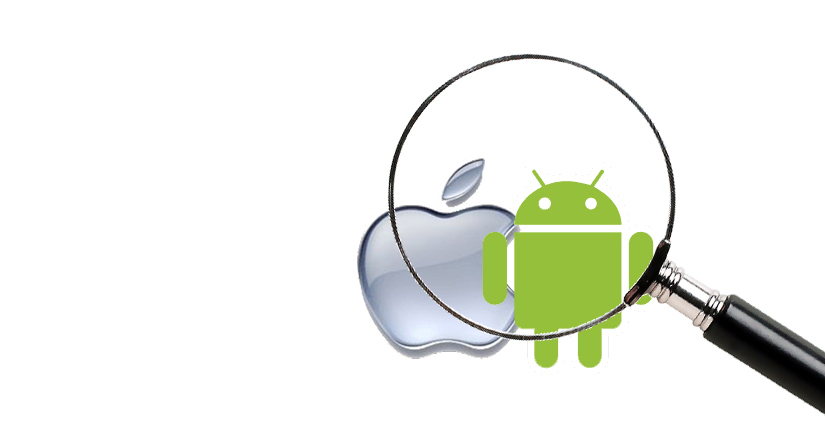 Last year we heard such comments repeatedly in popular tech or app blogs. That’s surely a much-debated topic, but open-minded will recommend Apple and Google to swap a few ideas to enrich their OS, as none of the brands can get an upper-hand over one another, both are best in their own way.

What features will they likely exchange among each other? What features can inspire their OS? This blog is going to share some good features of Android that iOS users will live to use. In different spirited conversations, experts have found a few selective picks that might gel perfectly with the iOS users.

Users won’t like iOS turning to Android or vice-versa. So, our view stresses more on freshening iOS with features to help people who are more Smartphone savvy. Apply has a keen eye on the elegant implementation and Android can surely be the source of inspiration –

Spelling suggestions by iOS are frustrating. The battles are still on in their latest version (iOS 7). Where does the problem lie?

You might have been typing a long way, suddenly iOS auto-correct option pops up to tell that the text you wrote is not right. iOS gives a suggestion and if you do not tap on the word it suggests, it will correct on its own. That’s annoying and irritating. You have to replace the word as iOS does not have any user-editable dictionary. Either you have to type the words as text macros or simply wait for the app to track the right spelling.

Compared to iOS, Android gets an upper hand when we type an unknown word, the Android OS suggest a solution above the keyboard. Even if it manages to modify the word that the user does not require, just with a single backspace one can restore the original word. It will make a query whether to add that word to the dictionary to boot. Apple should adopt this feature, to make the text more user-friendly in iOS.

Google Now is indeed a vast service which does voice actions like Siri. We won’t ask Apple to take this away, rather we will ask them to adopt Google Now’s ability to provide notification and other related services based on contextual information such as location, schedule, whether users are mobile or not, etc.

Google Now provides routing and traffic notification for places user intends to go, scan user’s appointments in the calendar. When the user approaches a mass to transmit it displays transportation schedules and informs the user when they come to their point of interest. It can scan your past search history and find out your favorite sports, events, music fests and will offer relevant information on them. Google Now is of ample help to professionals, as it forwards emails and notifications up-to-the-minute. Google Now gives the user the ability to opt-in or out easily unlike Apple, which keeps on filtering emails and reads the GPS location, making it uncomfortable for users.

There are devices that you might not prefer to use daily. It may be the Wi-Fi or display settings, hotspot or do not disturb button. Android users have the facility to access setting via Notification Center, helping users with a quick and easy way to toggle without jumping all the way out of the app. If you are able to pull the shade while remaining inside a third-party app, the user can still adjust the setting without leaving the app. As for iOS users, such features will be able to decrease the number of taps required otherwise, simplifying usability and enhancing the iOS experience. Even though iOS 7 has a revamped Notification Center, but Android gets a checkmate when you see something in their Notification Drawer and can take action as well as respond without opening whatever app first.

Android user enjoys a variety of apps that features more user-friendly outlook compared to iOS. However, both of the OS have their own set of benefits and they can swap it to entail more tailor-made solutions for their users.