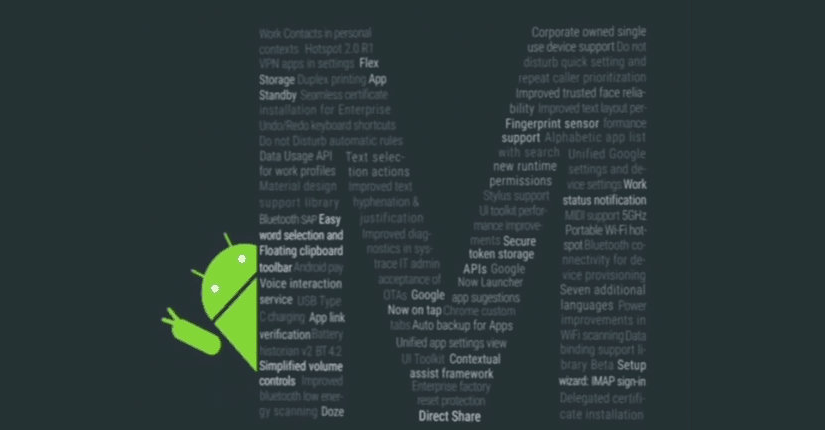 The hot served from the pre-heated oven roasted to a golden brown tinge, molten in the center, and fluffy outside, Yes, I am saying about those delicious marshmallows. Yummy, isn’t it! But, someone in this nerd technological world to take up such delicacies, and give technology the right tweak is definitely Android. The latest version of Android M or Marshmallow made it right at Google I/O 2015.

People have been sharing their rave reviews and feedbacks constantly in various blogs and personal websites. Developers have been gearing up to exercise the new version and launch apps of greater functionality. On august 17th 2015, Android released the official Android 6.0 or Android M as we call them.

Mobile app development services thus have started to gear up to open Google Play for publishing your apps that target the new API level 23 in Android Marshmallow.

Gearing Up Your Apps for Android M

Android 6.0 SDK is now available to download via the SDK Manager in Android Studio. You can now have access to the final Android APIs and the latest build tools to target API 23. As soon as you download the version, update your app project compileSDKVersion to 23.

Done with the stuff then move ahead to test out API 23 specific features like auto-backup and app permissions.

With new platform features such as fingerprint support and Doze power saving mode, you get to work on new permissions model in Android Marshmallow. This streamlines the app installation and update process. It gives user the flexibility to make sure that your app behaves as you want when Marshmallow user disables the specific permission. It is important to update your app to target API 23 and test the app thoroughly with Marshmallow users.

How to get an update

Android 6.0 SDK is final, the devices system images are still under preview versions yet not ready for the consumer use. Android 6.0 will be here by this Fall. Thus, you need to reflash your device manually to a factory image to receive consumer OTA updates for your Nexus device continuously.

The Toast! – New Features in Android 6.0

Google Play is now ready to accept your API 23 apps via Google Play Developer Console across all release channels (Alpha, Beta & Production). This Fall, Google Play store will upgrade itself to welcome apps that support the new permissions model for apps using API 23.

In order to make sure that your Android apps are running well on Android 6.0 as well as older versions, our developers prefer to use Google Play’s newly improved beta testing feature to get early feedback.

To develop apps for Android Watch, Mobiles, Android TV, or Android Auto on the new Android M version hire android app developers today! Drop us a mail for your latest inquiries on this version.