Can the iPhone App Development Scenario Change With Swift 3? 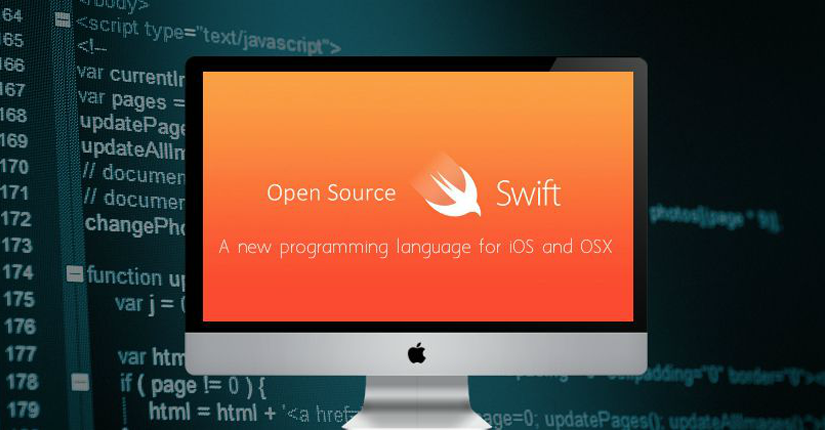 Programming language constitutes an essential part in any mobile operating system. It forms the backbone behind a mobile application. Every mobile player in the world gives special focus on it while creating a unique application, which would suit the purpose of its target audience. Even, the mobile giant player, Apple, makes sure that it offers a world-class experience to all its users and that’s why when it comes to iPhone app development, it leaves no stone unturned for offering an unforgettable user experience to its users.

Emergence and Evolution of Swift 3

Until a few years ago, it was Objective – C which one could find in each Apple’s platform. Yet, with the passage of time and development in iOS technology, a new programming language came to the forefront. It was Swift. With the arrival of this language, many misconceptions arose in the tech world related to its usage. Firstly, many claimed that the language was the toughest one to master; secondly, poor development was one of the contributing factors in addition to which, the absence of a smaller community were the other factors. Unfortunately, these were some of the biggest myths related to the language. Not a single one was true.

The evolution of the third version of Swift, or in other words, Swift 3 was the result of many factors. The new and updated version came with major improvements such as new core library, great portability, standardization of code results and portable options. Before you start using Swift 3, don’t forget to make use of Xcode 8.0. This migratory tool helps you to easily transfer your project to shift to any latest version of Swift including the third one. Follow the design APK guidelines, make use of the Swift standard library to work in the latest version seamlessly.

As a developer, one must keep in mind that one cannot keep Swift on an equal platform with iOS. Swift includes many important components such as a Debugger, SDK Overlays, Standard library and Compiler. In fact, the interesting thing is that it has no iOS-based libraries. Those libraries are only relevant and confined to the devices. However, Apple strongly supports the language owing to the ability of the language to transform the app into a successful story. The migration from other languages such as X-Code, Objective – C to Swift supports simple coding, standard syntax and open source, which we will be reading in the later paragraphs.

Why Should You Shift Focus To Swift 3

Now let’s study why is that so.

Innovation is the word that drives the world today be on web or mobile. People get easily bored with the same functionalities and features. What technologies like Swift 3 does is that it raises the engagement level of the user by making them access the application in a better way.  With the ample amount of benefits available, it is set to become one of the most convenient and easy to use language for the end user. It’s no doubt is going to become the future coding language.

The hectic task of writing long and complicated codes gets eliminated with Swift 3. Any application whether mobile or the web rests largely on it. As a developer, one saves half the time and use it for more productive tasks. Another interesting fact is that one can also use emojis in coding. Moreover, all the syntax used are less expressive. Being an open source, you can also get help from a large community of developers available online.

One fantastic thing about Swift 3 is that it is a combination of all the previous languages released by iOS in iPhone app development. However, that doesn’t mean that Swift doesn’t have its own uniqueness. It might have a mixed combination of all the features, but at the same time is quite interactive as well. What sets it apart from languages like Xcode and Objective – C is the improved result to the user.

The Swift syntax comes with many updates and improvements related to iPhone app development. It can remove unsafe codes by making the development process less vulnerable to mistakes. The automatic management of Swift memory is yet another advantage which makes the third version of Swift a hero among all programming languages released till date by Apple.

Hence, with these added features in the latest version, the iPhone app development scenario is bound to change in the next few years.

Migrating To Swift 3 – Things To Keep In Mind

There are two primary things, which is important to keep in mind while you are making a shift to the latest version of Swift 3 in iPhone app development. The first one is the pre-migration preparation and the second one is Swift migration assistant. It is necessary to pass all the tests in the pre-migration preparation stage. The developer can easily review the changes in that case. Take the help of a migratory assistant to select and edit the changes.

Secondly, when you open your project with X-Code 8, don’t forget to do a migration pass. Select either Swift 2.3 or Swift 3, to initiate the migration process. Once you have invoked the migration assistant, click all the information that appears by choosing the right one.

What The Future Beholds?

Talking from the futuristic point of view, there will be a rise in app intelligence. It looks as a fundamental approach for optimizing an application irrespective of web or mobile. Apple has already given hints of Swift 4 with advanced level features such as string processing, ABI stability scripting capabilities, and concurrency. The primary focus will be on the areas where Swift 3 has not yet shed its light.

We have developed a niche for creating iPhone apps installing the latest versions. So, if you are planning to make your next iPhone app, then you can send us an email at contacts@unifiedinfotech.net.