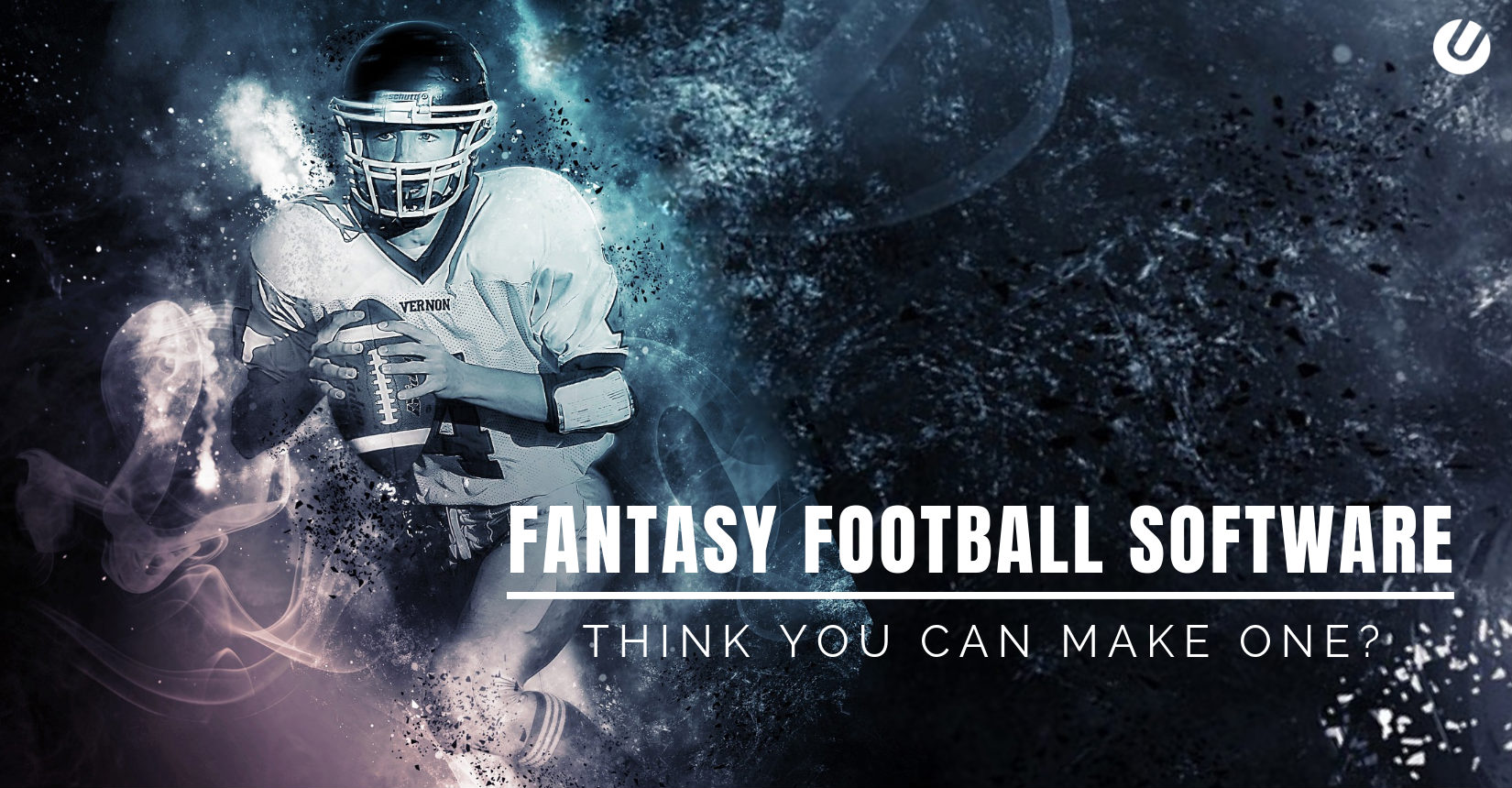 Here are the proper steps for developing a fantasy football application.

Building A Fantasy Football Application: The Step By Step Approach

The popularity and benefits of fantasy sports have given rise to the number of fantasy sports apps in the market. Various sports, such as football, basketball, baseball, and many other sports now have fantasy apps that are loved by people globally.  So how to create a fantasy football app? Let’s go through the steps of developing a fantasy football software for mobile.

Since we have already talked about how football fantasy software for smartphones work, let’s jump straight onto the idea validation and market research. It is important that you conduct proper market research. This will not only help you to get a proper understanding of what you have to do and what you don’t have to do to make your app successful, but it will also help you with the validation of your idea.

Classified mainly as a game of skill, not chance, fantasy sports apps are forecasted to grow from being a $13900 million industry to $33200 million industry by 2025, along with a rising CAGR of 13.2% between 2019 to 2015. It goes without saying that the football apps being part of the fantasy sports industry, we can safely assume that building a fantasy football draft software application can be incredibly beneficial.

The National Football League’s total revenue from 2001 to 2017 was 13.68 billion dollars.  Since the football season starts from the holiday season, it is quite obvious that more and more people are going to become a fan and watch it. Not just Americans, but people all around the world are becoming fans of this sport.

So it goes without saying that in such a scenario creating a fantasy football app is not only going to be a good idea but a great idea. You will have the popularity boost from two sides, first the fantasy sports side, and then the widespread popularity of football as a sport.

2. Fantasy Football Application: How Does It Work?

The workings of a fantasy football draft software app are easy enough to understand. The apps work as a fantasy league for the players, who sign up, join the league, research and choose the American football players to build their teams and compete in the weekly leagues.

Fantasy football is a fun and interesting way to engage and play football even without going on the field. Popularity only makes the app a really beneficial business venture. No wonder startups and sports buffs are thinking of making an app for fantasy football. So how to create fantasy football apps?

3. The Fantasy App Features You Need

When it comes to choosing the features for the fantasy football draft app, you have to choose the features for two sides of the application. The first is the user application that will be used by the players to compete in the fantasy leagues and then there’s the admin application or admin portal which will be used by the admins to maintain the application and the various leagues going on in the app. If you are confused, you can always talk to a leading mobile app development company in New York, USA to get a better idea.

So what sort of features do you need to consider when you create a fantasy football app?

Features For The User Application

The first and foremost feature you need is the signup feature. It is important for users to be able to sign up using the right credentials, such as phone numbers, email IDs, or social media IDs. By signing up and creating an account, users can join leagues, create their own leagues, create teams, follow the leagues, and earn prizes.  Make sure that the signup and login feature are easy to handle and the users don’t have to fill out too long forms just to create an account.

The home screen feature is the first scene the user sees right after the user logs in. this screen needs to feature the important information the user might need from the get-go.  All the important shortcuts, fantasy football team name generators, league information, team stats and even live football scores can be included on the home screen.

The main aim of the people who are using your application is to play in the various fantasy leagues with their teams. So, of course, this needs to be an important feature for your app.  Being able to filter leagues depending on the team levels, prizes, locality, will make the entire experience better for the users.

Playing such an exciting game alone is no fun. And that’s why your application needs a feature that enables the players to invite their friends as well. Make sure to include exciting offers for those who join the football fantasy draft software for mobile using the invites from their friends.

The prizes make everything better and that’s why you need to add an attractive prize feature on your application. The winner of the leagues can get prizes such as money, planned vacations, gadgets or even tickets to go see the playoffs.

The admin panel is solely for the admins to manage the application and the users. And of course, it needs different features than the user application. The features you need to implement when building the admin application is something like this-

The system admin needs a clear feature so that they can manage the various users on the platform. And that’s why the user management feature needs to display all the important information about the users, including their names, email id, league rankings, and other relevant information.

The admin panel needs a feature where they can manage all the leagues being held on their platform and the prizes that are to be distributed. This way they can have a fair play going on and won’t have anyone cheating on the leagues.

4. The Tech Stack To Match

To integrate the above-mentioned features, your app also needs a robust tech stack. And that’s why we are going to provide you with the important tech stack necessary for your application.

You have your feature list, you have your tech stack, and now it comes down to making money with the app! Of course, the app needs to make money. Any app development process requires a lot of time and financial investment and without proper ROI, there’s no point in investing so much into an app.

So, when it comes to monetizing your fantasy football league software, there is more than one way, and they are as follows-

Showing relevant advertisements, such as sports instruments, clothes and accessories are going to not only help you to get better sponsorships but also better revenues as well. Along with that, you can also show advertisements for various football leagues and sports channels.

The freemium application works best for both the users and the owners. Initially free for the users to install and use. However, there are some features and functionality that still require users to make payments.  You can easily apply this freemium model as the main monetization technique for your fantasy football application.

The features behind the paywall can be any of your choices, such as paying to get rid of the ads, taking part in a mock draft,  getting league and fantasy football draft strategy tips and many more.  The payment structure for the freemium application can be on a monthly basis, or on an annual basis. Whichever structure you choose, make sure that the charges are not too much for the users to bear.

The paid application can be a little tricky to generate revenue with, but once your application becomes famous, you can easily generate lots of revenue. The main benefit of this revenue model is the fact that you start generating revenue from the very beginning.

Having added fees into the app model can work to generate loads of revenue for your fantasy football application as well.  Adding fees for special content is similar to that of freemium application, only this time, paying once would unlock those features in the fantasy football league software forever. Even when the user switches devices, they can seamlessly continue with their existing purchase.  For your fantasy application, the features the users can pay a fee for can be – creating a league, joining a specific league, getting the best pick of the players during drafting, etc.

While making an application, you are sure to meet some competition in the market. This is why it is crucial that you research well into your competition and see how they are holding their place in the market and what makes them unique. Below we are going to look at the top competitors you are going to face when you launch your NFL or college fantasy football app into the market.

The app stores are swelling with applications that promise to help you find your match. Each of them is promising different things, from finding your eternal match to a quick hook up.