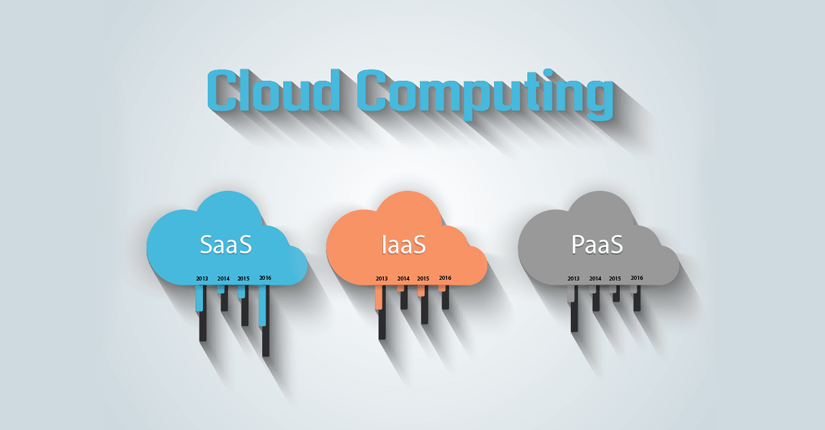 The term ‘communication heavy internet services’ might sound alien to you, but not too big IT giants like Yahoo, Google, and Microsoft. In fact, the term can be termed as a source of revenue generation for them. The gradual shift from display-based information through programs to browser-based information has a huge role to play in the age of digital transformation. As we are blazing forward in this age software based technologies, data is becoming outdated and is in the dire necessity for usage of the more sophisticated storage platform.

The challenges prevailing in the online industry are being replaced easily with cloud computing. This rapid development is characterized by advancements made in technology such as the introduction of more disk storage, faster internet access, and inexpensive servers. All of these are pushing the concept of cloud computing forward in such a way that by 2020, the cloud market is going to earn a revenue of nearly $55 billion as per a report published by International Trade Administration.

Native cloud apps, the new name in the mobile app development world is of immense benefit from the developer’s perspective. Apart fro

Any third party application, the resources that are to be used in making an app are provided to the developers. A native cloud application enables a developer to take advantage of the resources as they are automatically available. With self-service, programmatic provisioning and on-demand allocation of resources, all critical business applications run quite smoothly. Such kind of application can handle the task of pooling the resources, managing the data analytics very swiftly.

There is an ‘auto scale’ feature, which is available in the native cloud applications. In case of any emergency situation such as a complicated up down process, it enables the enterprises to come up with a solution easily. Hence, by paying only for computing resources, an enterprise can provide backup for its business needs quite easily.

One of the powerful benefits of using such kinds of apps is that they can tackle outages and make corrective actions in case of app failure. The application processing moves from one data center to the other without causing any disruption in the service and the surprising thing is that the user doesn’t even come to know that whether there was even an outage or not while running the application.

There is a direct co-relation between the native cloud and the architecture of an app. These two often prove to be the best combination and help to develop an app in the most sophisticated manner. Now let’s see how do they help to improve an app’s architecture.

The infrastructure used in a native cloud app is based on container driven architecture and highly automated infrastructure. This is the reason why the software runs so easily which is developed with a native cloud app. The basic mechanism that works behind this is the single code base that helps to organize from many environments using a single codebase. Moreover, the presence of cloud as a platform helps to declare the dependency in a more organized manner.

What makes such apps a hot favorite is the use of the containers. Being lightweight by nature, such apps work well in a cloud-ready environment by improving resource efficiency as well as fastening the process of mobile app development. In the development stage, the presence of a container reduces the time of a developer to write codes and create a developer oriented cloud apps. Thus, a developer can have full control over the resources each time he or she develops an app.

The robust automation process of native cloud apps does everything starting from updating routers to provisioning services by deploying apps and managing the log aggregation activities. It also serves as an excellent platform for managing the elasticity of computational resources. These advanced automation practices help the developer to avoid the extra task of deploying each node of the app infrastructure.

As far as data security is concerned, cloud computing is no doubt the ultimate solution as it helps to protect your data in a safe manner, but did you ever wonder how it helps to improve the security of an app. All the important documents related to mobile application development are stored in the most secure manner in the cloud. Since the files are stored centrally in one server, it streamlines the process of development. No matter who accesses the machine of your organization, you can be at complete peace.

It is due to the looming deadlines of clients that make a native cloud app so much popular. Since the architecture of an app plays a key role while making one, it is vital that one should make use of the most robust technologies and dynamic databases that are supported by cloud.

As far as the software delivery capabilities are concerned, cloud-based native applications will help to transform the capabilities of an IT organization and help it emerge as a strong player amidst the competitive market. Developers are the ones who will be benefitted the most with such kinds of technologies. Hence, a bright future lies ahead for native cloud apps.

As an innovative app development company, we provide satisfied app development services. If you want a bug free mobile application that runs smoothly on various platforms such as Android, iOS, and hybrid, then send us an email at sales@unifiedinfotech.net.