Google is After Running Mobile Web Less Slow with AMP 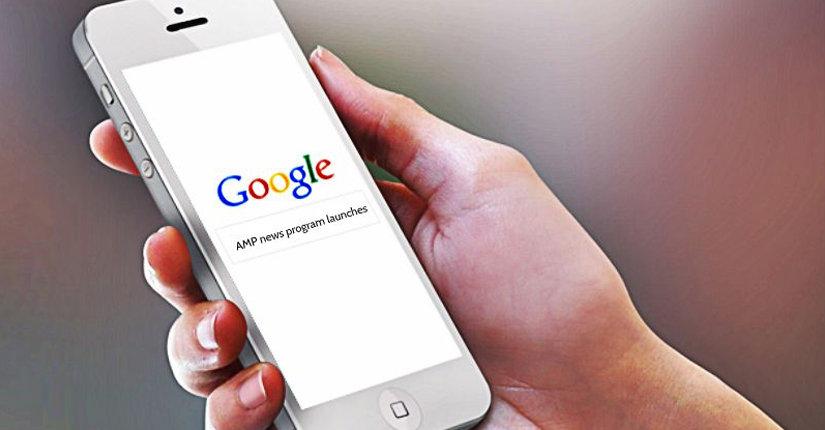 Google may or may not have intended to have something of deeper understanding to announce their new instant publishing product AMP at Sadelle’s, known for its bagel. There are has been a lot of escalation in the technology in the past few years and we have found the big daddies to fight over almost every aspect to change the media industry forever.

The last few months, there are some quick launches let us take a wrap-up of them –

4. Amazon thinking to give away The Washington Post to Prime subscribers for free

Now Google plans to join the race. Well, we can guess from now that these tech giants and not the publishers will be steering the chief distributions of news that we consume daily.

Google has launched their new AMP short form of the Accelerated Mobile Pages Project and it is a continuation of the trend. However, the tack is different from Facebook and Apple. Google is after all about web thus AMP aims to ensure that the web content loads much instantly and look sleek as it would have done with the native apps. As per Google’s head of news Richard Gingras, “This is about the World Wide Web,” “This is about making sure the World Wide Web is not the World Wide Wait.”

The end goal is not that like of Facebook’s Instant Articles, which helps the publishers like National geographic, The New York Times and Buzzfeed to publish stories directly to Facebook. Therefore, users never have to click out of Facebook to read an article. The stories are going to load ten times faster.

When we talk of AMP, we will find that it is a part of the open source project at Google. While Facebook onboard the publishers leaving others to wonder how their stories will appear in the New Feed, Google in comparison to them is not at all selective. They are opening publishing platform for all. What’s more, the opening code base on GitHub allows the developers to write the code easily. AMP is “a deal-less environment.” You have no particular nations participating in it, open source projects means we all can participate irrespective of your nation or background, Gingras puts it.

Google has been working at present with selected group of publishers to test AMP like Buzzfeed, who have also collaborated on Instant Articles. Dao Nguyen, BuzzFeed’s publisher, says she does not see the two products as competitive. “It’s completely different,” she said. “This is the web.”

Google announced AMP on October 7 Gingras says the new format won’t be live until “a later date.” It will be working peculiarly in this way – people types in “Bruno Mars on the mobile web, and soon will find a carousel of stories with brighter images and clickable headlines. Click on a story, content, image, and advertisements, all will be loading instantly and simultaneously, so a slow-loading ad will not cause a page to scroll up or down abruptly.

Now the question is when AMP opens to the public, how will this new format affect the mass of publishers and their search engine ranks? Google is not going to privilege certain formats over others, so publishers can choose to try to maximize performance on their own.

It is will interesting to note down the reaction of Facebook team after all an article becoming AMP compatible will show up instantly on the Facebook, according to Melissa Bell, co-founder of Vox.com and vice president of growth and analytics for Vox Media, which is an early AMP tester. This could help the users rather the publishers to surface contents on Facebook faster without having to be part of Facebook’s walled garden.

The Google is leveraging the mobile web solution with the de facto advantage of speed as they feel, “Anything less than instant simply shows a degradation and decline in engagement,” says Gingras. They hope to provide the publishers with faster, cleaner content on the web will drive engagement. Users put less attention to the web as they know that there is something else ready to read if one articles just does not open in the nick of time.

One of the greatest beneficiaries will be Twitter, while they are not dealing with the publisher but are playing a pivotal role in the News platform. Most recently, they have launched the Moments feature which makes new easier to follow Twitter, by organizing Tweets in chronological manner, you can also call it a coherent timeline. Twitter is now going to load articles or news automatically compatible with AMP as AMP files, this means it will benefit from the same speed inside the Twitter app.

Technically speaking, Google plays the decisive role in determining which news is important, so do Facebook and Twitter plays a similar role. These platforms are not only determining what news matters to us, but they also deciding on the best way to present and publish it, as well. And as they continue to achieve success, the media industry will increasingly look to these companies for evidence of what works and respond earlier and what not. It is going to change the way we read news!