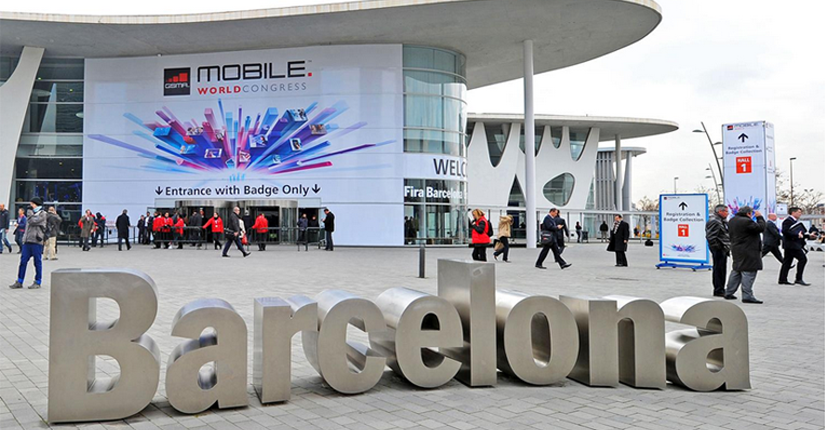 From Mark Zuckerberg discussing free basics and encryption to Samsung announcing their new models Galaxy S7 & S7 edge, Mobile World Congress, 2016 was a technological potpourri as the mega event of the mobile industry was witnessed by more than 1,00,000 attendees from 204 countries.

The gala event, which was held from 22nd – 25th February, 2016 at Barcelona was addressed by the head honchos from various industries starting from advertising to banking. They spoke about the role of mobile in digitally transforming the world. Whether it is Ralph de la Vega, Vice Chairman of AT&T Inc. & CEO or Anthony Lake, Executive Director, UNICEF, the experts spoke on numerous topics like a mobile ecosystem in various sectors and many more. MWC 2016 had a bunch of other important events such as The MMIX, featuring the best DJs of the world, ESL Expo Barcelona, which pulled technological geeks to the event.

Well, there were some major announcements by mobile giants and other players in the industry which were noteworthy and at the same time the event also gave an idea to the audience about the path on which technological development is going to lead in the near future

It might sound strange but even after suffering substantial losses since the last few years and selling to Microsoft its mobile manufacturing division, Rajeev Suri, its CEO hinted on relaunching the mobile brand. He said, “We think it’s a good business model because the Nokia brand has great retention – the recognition of the brand is still very high in all the major markets. We also think that if there will be a product with the Nokia brand on it there’s an opportunity for premium on that product – clear price premium”

After having a disappointment with net neutrality in India, Mark Zuckerberg stressed on the fact that he is planning to provide more services in other forms such as laser transmissions from aircraft and installing about 10,000 old school hotspots. Apart from net neutrality, the CEO of Facebook threw light on other important aspects such as ‘The Facebook Connectivity’ mission, internet drones, solar power planes which can stay in the air for more than a month, 5G and many such interesting topics.

Motorola isn’t going anywhere as Rick Osterloh, President of Motorola pointed out. He said that the Lenovo acquired brand has no exit plans as of now, but is planning to come out with Moto G and Moto E. It might not be very active on virtual reality like Lenovo, but has some big plans for the future. On the other hand, Lenovo in collaboration with Motorola is already working on making the Smartphones smarter. For instance: it is working on improving the image quality of the camera. Now, that’s a great news for companies working on mobile app development.

This year, Barcelona rather had an unexpected thing happening as there were no Tablet launch this time. In 2010, it was the first iPad of Apple and Samsung was about to come out with their newest Galaxy Tab. Six years, later it was rather a bleak scenario at the MWC. Hope, something comes out in the next edition.

With 12-inch IPS quad-HD display, finger print sensor, keyboard folio and a plenty of boosted power of 4GB or 8GB of RAM, Huawei Matebook represent style effectively combined with smart operations. With razor, thin aluminium edges similar to that of an iPad, the exterior of the Matebook is such thatx it is bound to grab your eyeballs. The finger print sensor uses the same technology as Huawei’s phones. The use of vibrant colours on the 2160 x1440 resolution HD screen is something that gives it the perfect look and lets’s you to enjoy crystal clear displays. Get a brief overview of the Huawei Matebook here

Virtual Reality went up a notch higher with the unveiling of the LG Rolling Bot. It is a home monitoring system shaped like a ball which can be easily controlled from your Smartphone. A handy charging dock also allows you to take control of the robot quite easily.

The Mobile World Congress is a great way to keep yourself updated with the latest developments in the technological world and how it shapes up our everyday life.

Incase, you are planning to visit this mega event again, then given below are the venue and time details for next year.