Next Generation Web App Development With HTML5 And CSS3 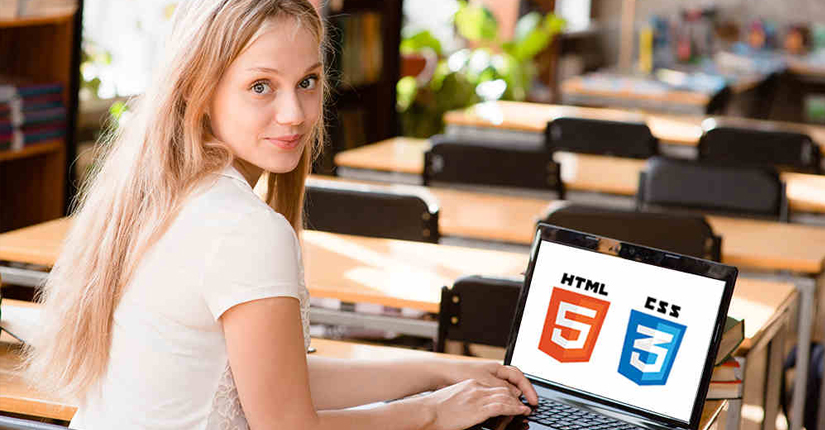 Since the advent of what is known as the ‘internet,’ HTML is a synonymous name that has been doing the rounds everywhere. Over the years, it has progressed largely and has undergone an immense change. It has created ripples in the world of web app development with its interactive application and stunning designs. As far as functionality and syntax improvement is concerned, HTML 5 has provided the boost when it comes to developing a web page. When combined with CSS3, it can result in making the next generation web application.

HTML might not be a new thing to the web today, but big organizations like Google and Microsoft have recently realized the importance of this standard markup language and is harnessing it even in their browsers as per this latest blog from Google. So, we can say that the transition of the web from a simple text-based document to a modern program based document is something which has provided the perks to the modern world.

It’s the presence of the semantic elements that make HTML5 capable enough to be used at such a large scale. Now a web page looks much completed due to the presence of elements such as navigation bar, header, and footer. If you have been using the previous versions of HTML, you might have noticed that as a developer, you were required to make use of <div> along with ID or attributes. Now with the help of HTML5, the semantic structure of the document is uniform. One important thing to mention here is that the use of <div> is perfectly valid as you can keep it for future. Some of the primary elements that are used in HTML5 are <header>, <footer>, <nav> and <hgroup>.

It was originally developed by Apple in order to use it in the Mac OS X. It was again adopted by Opera and Mozilla. Later, the element was standardized and added in HTML5. Along with this, 2D drawings were included in the APIs, which were in turn used in making texts, animations, and transitions. Most of the people believe that canvas element is an important part of HTML, but it doesn’t prove to be of much help in web app development. APIs is an intelligent option to make use of. With the help of an API, a developer can draw shapes, apply a colour of the desired choice and transform the canvas objects.

You must be familiar with HTML’s controls. We’re talking here about the basic input functions here such as file, checkbox, radio, submit text and image. One interesting feature about HTML5 is that it has two stunning features – Autofocus and Placeholder attribute. While the first one instructs the browser to focus on the particular form field, on the other hand, the later enables the developer to enhance text when all the contents are empty.

Apart from the above-mentioned features of HTML5, there are plenty of other features such as web worker, geo-location, cross document messaging, drag and drop and much more that make this scripting language the best option for web app development.

There have been new additions in the latest version of CSS, which make it the favorite among the developers. It is by far the most wonderful update. The latest versions have come up with a new set of advanced features such as new selectors, negation pseudo classes and state based selectors. A number of effects have been made available in various image formats starting from PNG to GIF and JPEG. Some of the features are widely being used as all other networks are degraded easily in other web browsers. They are similar to that of a newspaper layout where the text is stretchable over the columns.

With the help of multicolumn layouts, you can effectively manage the property of column gap. This will help the developer to expressively define the space where the column width method will be used. Not only this-this will also enable him or her to make use of the border style in between columns.  Currently, multi-column layouts are supported in both Mozilla and Webkit. Currently, they are implemented with temporary proprietary. The perfect decision is to move the browsers to CSS.

Do you know that the usage of web fonts was out forward for CSS2? However, it could not be implemented at that point in time as there was a need for a proprietor and there were no browser vendors at that moment who would be able to distribute the web fonts. The latest versions of all browsers starting from Mozilla to Firefox and Chrome, a developer can make use of the @font-face on the web page. One important thing to keep in mind here is that these fonts are used as images. You can either pay for them or can also make use of the royalty free web fonts.

There is a host of other features, which make CSS3, the preferable web app development tool. Its support for new colour values like RGBA and HSLA are the unique features, which help the developers to handle media queries. For instance: as a developer, you can mention styles for devices, which has less than 500 pixels. The speech module enables you to adjust specific properties of a screen reader such as balance, stress and voice volume.

Both HTML5 and CSS3 prove as a support to each other when it comes to developing the most modern web apps. They are inseparable and is making a big breakthrough in the web app development world. All the important mobile platforms today use either android or iOS and any other WebKit-based browsers, hence it is evident that CSS3 and HTML5 will prove to be of greater benefit. All the major browser vendors are increasingly making use of HTML5 plugins instead of using the plugins of Adobe Flash.

We deliver robust web app development services in order to give you the most innovative digital product. If you are interested, then just send us an email at sales@unifiedinfotech.net.