App Monetization Strategy: What You Need To Know? Vol 1 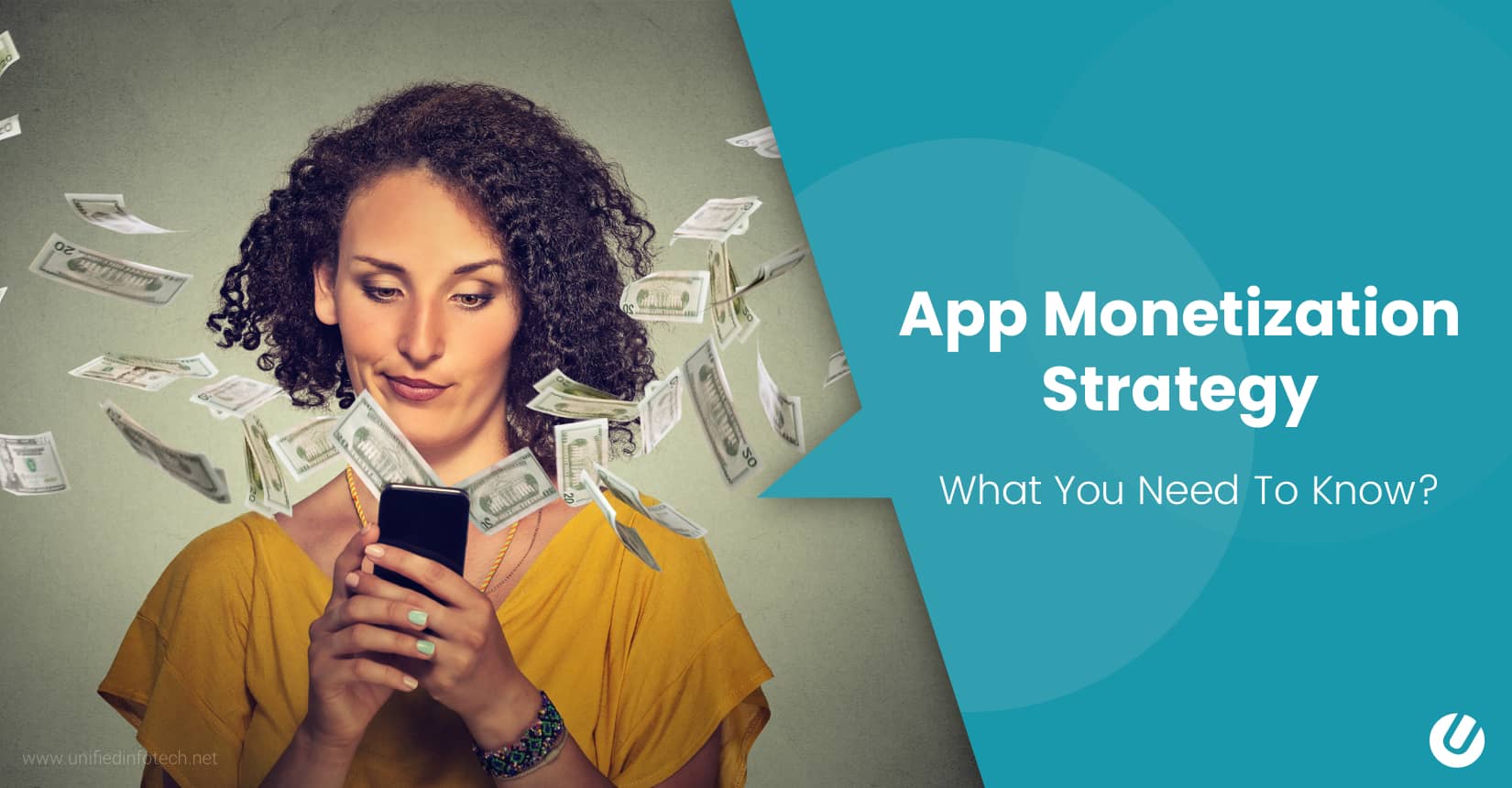 So you’ve finally finished developing your app. Now you are probably thinking about the best app store where you want to launch it, but before you do that, you need to stop and think.

How are you going to make money with your app? Wasn’t that your first objective?

Before that, let’s validate the market presence of apps.

Is Smartphone User Really Into Using a Lot of Apps?

The rise of affordable smartphones has given an immense rise to the number of smartphone users worldwide.

According to the study, the number of smartphone user worldwide is supposed to pass the staggering number of five billion by 2019. And let’s not forget the fact that reduced data prices mean increased number of internet users. 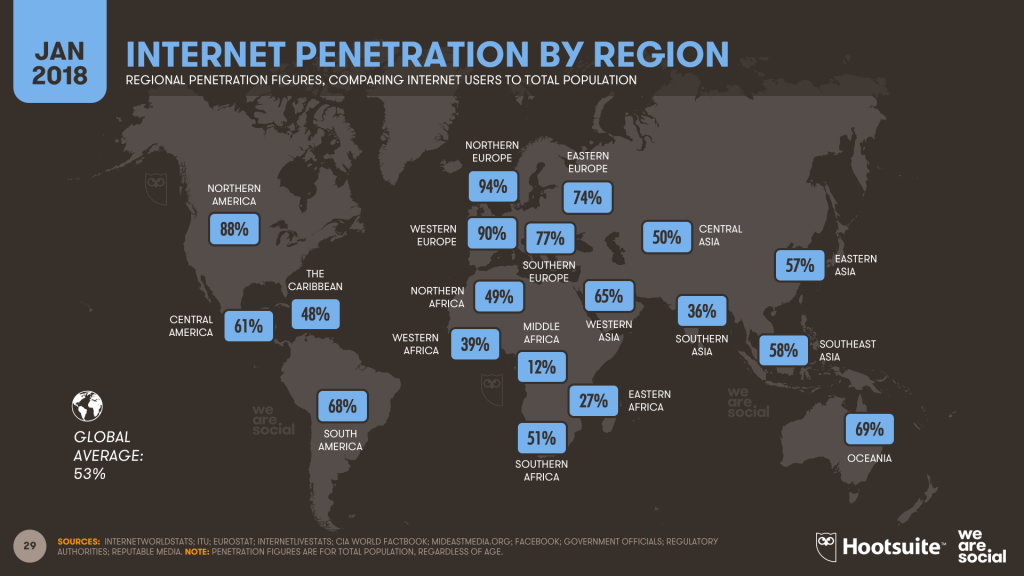 Almost half of the world’s internet population is using smartphones to access the internet. And the best thing about smartphones is the plethora of apps you can find in any app store.

Whether for food delivery, groceries, cab service or simple social media, you can name anything, and there is probably an app for it. The rise in mobile app users in the last decade has been staggering and there is no reason you should not use that to your advantage and make some money with your app.

So, how important is it to make your app stand out?

Before you start using one of the many mobile app monetization strategy, make sure your app is one of the best ones out there. There are almost 2.6 million apps on Google Play store, and 2.1 million apps on Apple store. With this many apps available, there is a good enough chance that user won’t even give your app more than one glance. You need to make your app is interesting enough that they come back to it.

More than one third of mobile app engagement last less than a minute. Which means that initial one minute is all you have to convince the user that your app is the best one.

So how to make sure your app doesn’t fail? How are you going to develop an app that is loved by users everywhere?

How to foolproof your mobile app monetization strategy?

Want to Know How to Monetize an App Successfully? First of All, Avoid these 6 Things Rightway

One of the most basic mobile app monetization strategies is to make your app successful. And everyone tells you about what you should do. But today, We’ll tell you what ‘not to do’!

Well, there are a number of reasons why 67% of app developers fall below the app poverty line. So take a look at this if you want your app to succeed…

Market and audience research is the backbone of monetizing your app. If you have not done enough research on the market and audience you are targeting with your app, then do it now. If you don’t understand the audience needs, then no matter what mobile app monetization strategy you apply, it won’t make you money.

2. Zero Originality Of The App Idea

The app store is full of different apps offering the same features. To make money with your app, you need originality. Consider your competition, and what features they are offering. Create a unique value proposition for your app, or there will be no money from it as it is one of the best ways to monetize your app.

Whether you are developing the app for Android or iOS, ignoring the platform requirements will not result in success for your app. Each platform has unique requirements that you need to meet to satisfy the users.

In a very basic way, your app needs to be easy to use for the users. If they struggle to search for something on your app, then there is no point of having the search function.

Related Read: 5 Reasons Why Users Might Discard Your App!

Slow or lagging app with long loading process is going to put off the user. Your app needs to give the user the best app experience.

Lack of proper testing can become the downfall of an app. So don’t ignore the importance of testing your app to see if it is working properly. Doing this will eliminate major issues from your app.

A sloppy app launch can lead the users to lose interest in your app. If you want them to love your app, plan exciting pre-launch activities for your app, such as email notification, advertisements. Execute them perfectly to hype up the users for your app.

Now that you have considered all the factors important to make your app worth making money, it is time to find out which platform is going to help you achieve that goal.

iOS or Android- Which Platform Is Going To Make More Money For You?

Maybe you have already decided on which platform you are going to design your app for. But if you have not, then you should read on.

Different platforms have different app requirements. And they can also make you a different amount of money. Choosing the right platform for your app is going to affect how much money you are going to earn.

So, developing an app for either Android or iOS is going to be a very different process. When you are thinking of how to make money from app, the choice of platform is going to make a difference. According to this study, iOS apps have better revenue generation rate than android apps.

Even though the Google play store has more apps than the Apple app store, it is an iOS app that generates more revenue. Why? Well…

The best way to make sure your app makes you money is to develop it for both platforms. Once you have launched your app on one platform and have it established, gear up to design it for another platform.

This way, you don’t have to choose between Android or iOS and reap the benefits of both platforms.

How To Make Money From Your App? 7 Proven Ideas

Now we are going to talk about some mobile app monetization strategy. Majorly, there are 7 ways to earn money from your app:

Want to know about the best app monetization details and process? Stay tuned for our research.

Now that you know all the ways to make money with your app, you are probably thinking which way is best for you. Before you start planning about the monetization of your app, there are the last few things you need to consider.

1. Set Up The Value Proposition Of Your App

The value proposition of your app is something that outlines the benefits your users are going to get from the app. There are millions of apps in the app store, and you need to give the users a compelling reason to download your app, and not your competitors.

Hence, the value proposition of your app is incredibly important. Based on this, you are going to choose which mobile app monetization strategy will work for your app.

So, how are you going to create your value proposition?

2. Your App And It’s Unique Features

There are probably more than hundreds of apps out there similar to the one you are building. So why are users going to install your app, and not one of the others?

How will you distinguish your apps in this harsh competition? Is there a way that you can make your user stick to your app?

The answer is simple. To compete with the harsh competition, you need unique features on your app. In addition the basic features like the search option and social media sharing features, there need to be more unique features which are not available in any other competitor apps. Only then users would consider buying your app or paying for those unique features.

For example, if you are developing a photo sharing app, you can offer unique filters and photo editing features to your users. That way they won’t have to use another app to edit their photos before they post on your app. For a video streaming app, you can offer the users a vertical video player. Most of the time we have to turn out phone sideways to watch a video. But letting the users play videos horizontally without compromising the video quality or experience is going to make your app stand out among the competition.

Before you start working with any of the above-mentioned app monetization models, stop and think, what are your competitors doing?

Look at any of the app similar to yours already in the market, and consider their choice of monetization technique, what unique feature they have and how are they using these features to make money? Is it befitting them? Or is it harming their business? Considering these details before you select a monetization model for your app will help you to make sure that your chances of making money are not harmed in any way. After all, the devil is in the details.

4. The Growth Of Your App User Base

Related Read: ANSWERED: How to Make Your App Habit Forming!

But how are you going to do that? Through continuous app updates, introducing new features and offers in every update is the easiest way for you to get new users while retaining the old users as well.

Now after reading the entire article, you are definitely thinking which mobile app monetization strategy is best for your app?

Well, you are not really oath-bound to anyone that you only have to work with one model. You can and should mix and match more than one of these monetization strategies to make more money with your app.

But before that, pay attention to tiny details like app store presentation. People decide whether they want to install an app or not at the very first glance of it on the app store. Design a unique icon, and title, have a clear description and instantly get installed by the users.

Have an idea in mind? Talk to us and we can help!

Have an app idea? We can help.