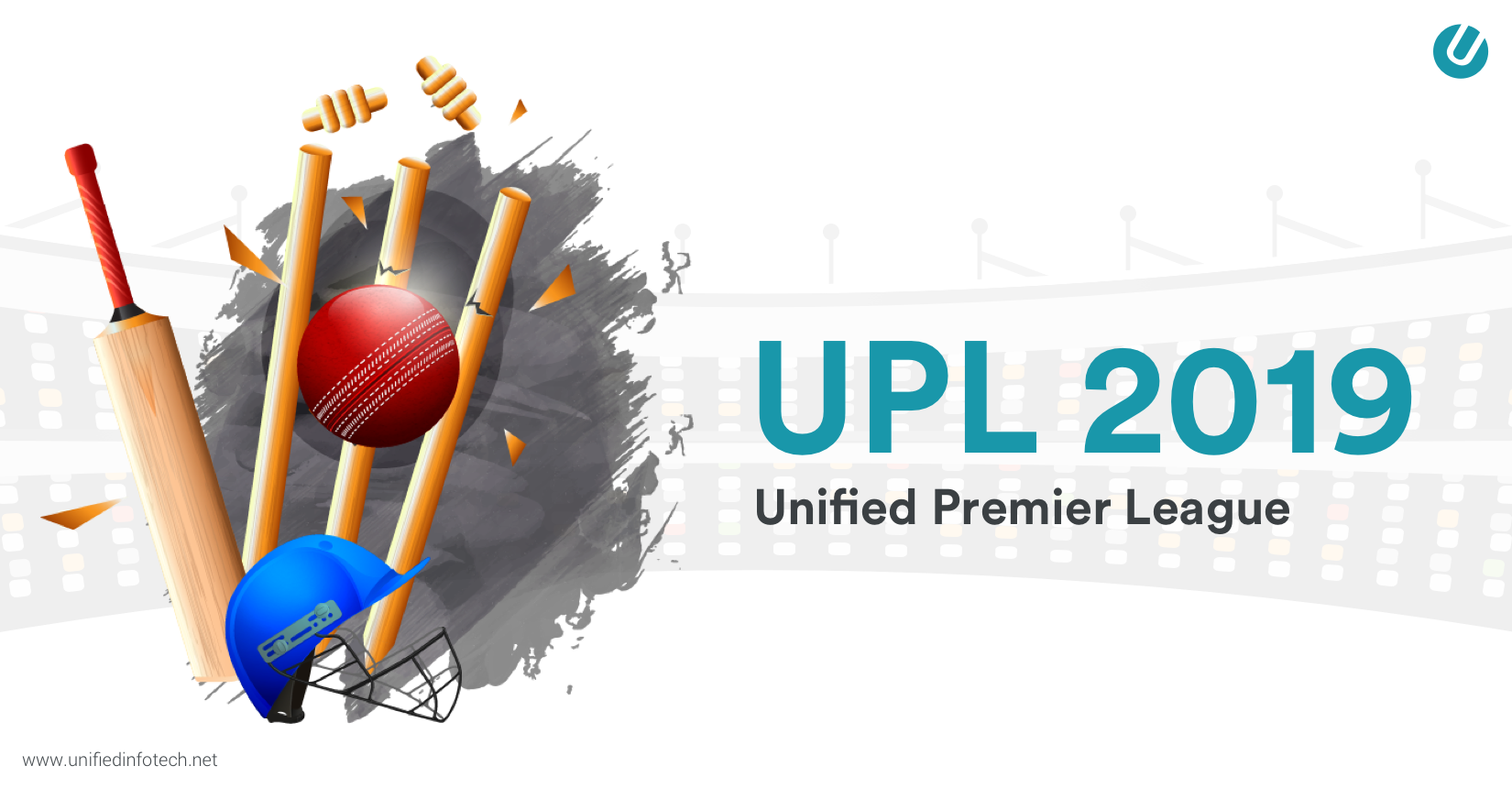 The best time of the year is here again!

No, I’m not saying it because of Christmas or New Year’s Eve. Those are too mainstream now! At Unified Infotech, we have a separate fanbase for the Unified Premier League (UPL).

Yes, just like Football and Cricket World Cup, every year, the UIPL family eagerly waits for this cricket tournament. And the most-loving fact is that we don’t even have to wait for 4 years for it.

Recently, on 28th December 2019, Saturday, our UIPL family witnessed the most-awaited cricket tournament of our organization. And with high team spirit and sheer skills and excellence, Fire Hunks won the UPL 2019 Cup.

Well, if you are thinking UPL is like just another random employee recreational activity, let me correct you! The emotions, passions, dedications, and excitement attached to UPL is nothing less than the World Cup.

Let me take you through the journey of the Unified Premier League (UPL). And you’ll know how much UPL means to the UIPL family.

It is not like we just plan things within one week and head out to play. Every successful organization plans well before taking one-step. And for UPL, we do the same.

At the beginning of the year, we decide on which day the Unified Premier League is going to take place. And accordingly, we book the ground.

But organizing a cricket tournament is much more than that. We have to print flex and banners, prepare cup and medals for the winning team players. Also, there are food and drink arrangements for everyone including the players and the spectators.

We have four cricket teams.

Each team has 9 players. A total of 7 cricket matches are there. And each game is of 10 overs.

Now, not everyone can join the team. We enlist the names of interested candidates. Then they go through months of training and practice.

You may wonder how everyone gets so much time! Well, that’s the spirit of UIPL family. Everyone gives their best efforts and dedication to the work. And after that, they manage time to do exercise and play practice matches as well.

Every year, team captains are selected by votes. And then team players are chosen through the UPL auction.

Shivering cold. Chilly and foggy weather. Yes, that’s how the early morning of 28th December of 2019 was. But the game was on!

The Game Is On

Here, I would love to mention one name i.e. Israfil, one of our very skilled developers. We all knew about his coding skills, but we got to know about his commentary skills on the match day. It wouldn’t have been the same without his hilarious commentary during the matches. 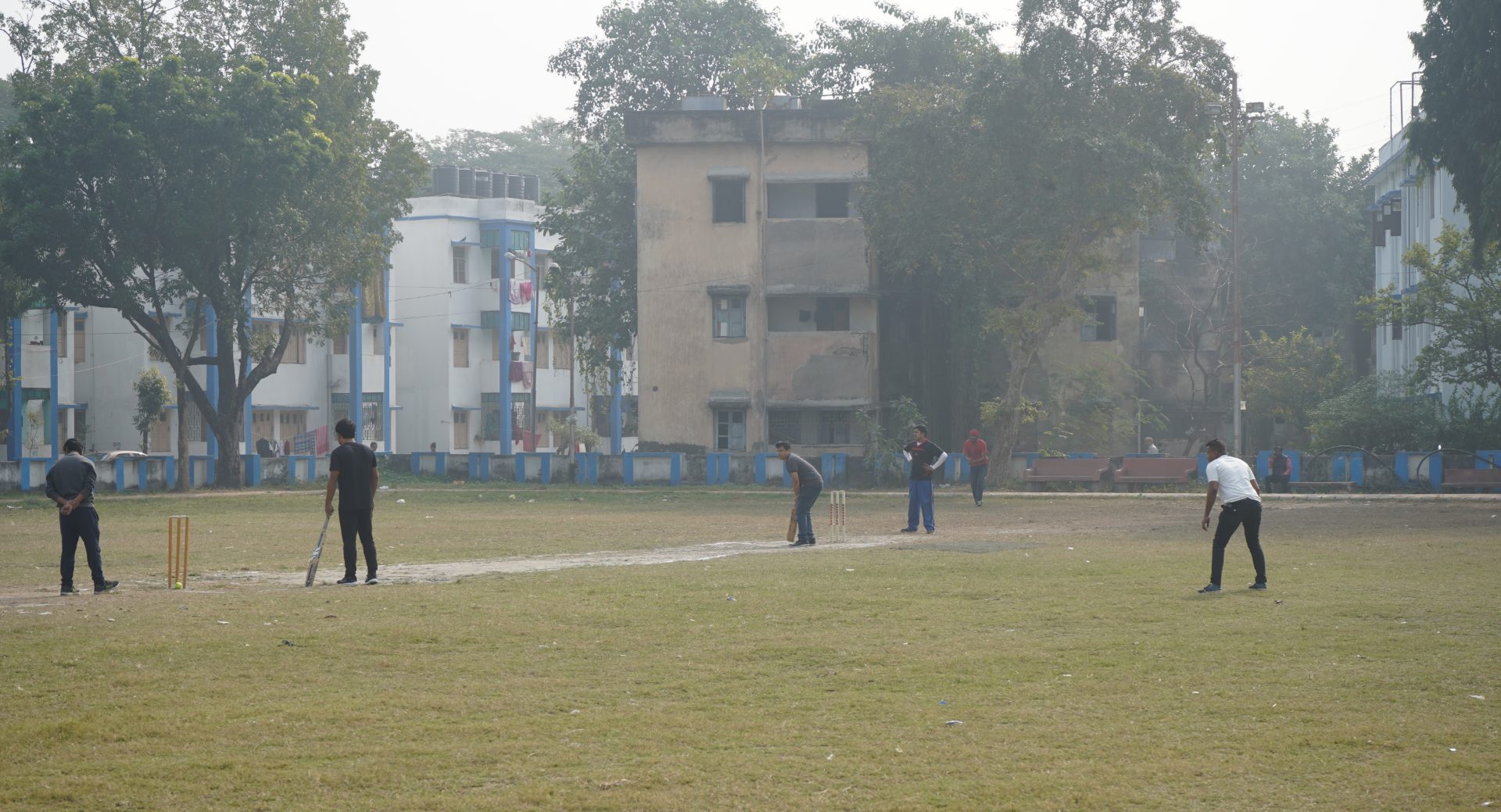 After the end of the 2nd match, the ambiance was entirely set. Most of the spectators reached the ground at that time. More interestingly, many outsiders were also enjoying the cricket tournament. So, everyone was on the vibes of the Unified Premier league.

Breakfast packets were served to everyone after the 2nd match. I saw Unified Super Kings and Pitch Smashers were having breakfast with their respective team players. Maybe they were talking about strategies! Because 3rd match was between these two teams only. And to keep their hopes alive to play the final, they had to win this match anyhow.

So, the 3rd match started with so many spectators cheering for both teams on the ground. And the Pitch Smashers literally smashed the Unified Super Kings. Our Marketing Team’s Tanmay gave an amazing performance in the match with 47 runs.

By winning the 4th match against On the RockX, Fire Hunks went straight into the Final under the brilliant captaincy of Partha, one of our beloved and experienced designers.

This was the deciding match for who is going to be the other finalist between On the RockX and Pitch Smashers. And with a killer performance of the team, Pitch Smashers won the match and became the 2nd finalist.

Tanmay got injured during this match. But with the great sportsman spirit and with the help of the doctor we had in the ground, he continued playing. And he confirmed he would play in the final as well.

The Final Phase of The Cricket Tournament

So, we had two most deserving finalists of the tournament – the unbeaten Fire Hunks and the team that continually won every match after their first loss, Pitch Smashers.

We had another cricket match between On the RockX and Unified Super Kings to decide who is going to take the third place.

Before these two remaining matches, lunch was served to everyone. After the breathtaking matches, the lunch seemed the most delicious thing we ever had. The tournament management committee arranged for finger-licking chicken dish with roti and soft energy drinks for everyone present in the ground.

So, after lunch, we were all set for the final phase of the cricket tournament.

6th Match for the 3rd Place

This was the last chance for the team Unified Super Kings to get the feeling of victory for once in the tournament. The team On the RockX didn’t take their opponent lightly just because they didn’t win any game so far.

With so many tensed supporters around them, the game started. However, it seemed luck didn’t work for Unified Super Kings that day. And after giving a tough fight, they lost to their opponent team. And we got our UPL’s 3rd place winner On the RockX.

Everyone was super excited about the final because two of the most deserving teams were playing it. With spectators cheering and clapping, the match started. Fire Hunks won the toss. And the captain chose to field first. 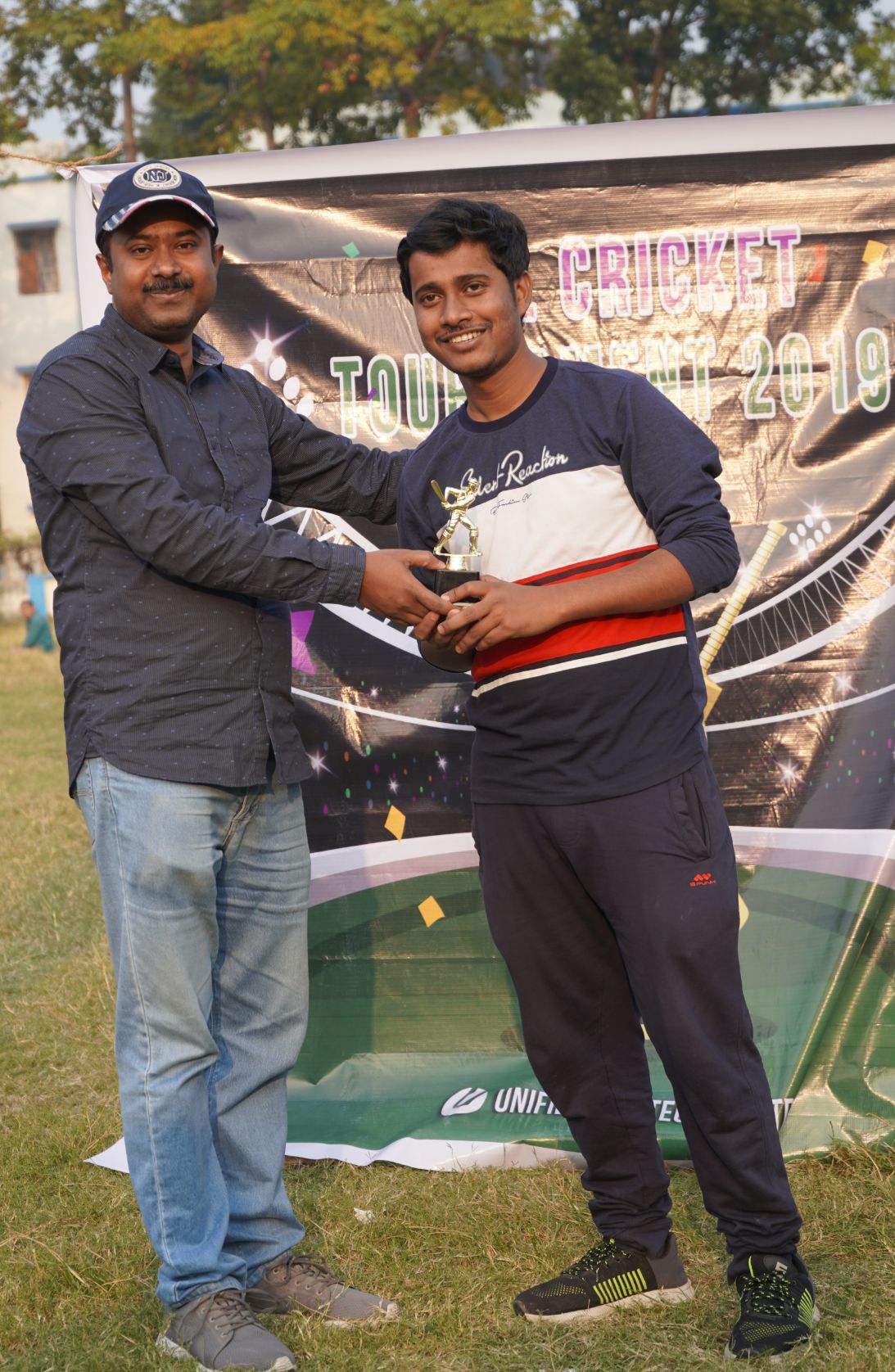 Pitch Smashers had some great batsmen who were already on form and did well in the previous matches. Everyone was looking forward to witnessing some great batting from the team captain Abhishek.

However, things didn’t go really well for them. Abhishek got out on a full toss delivery by the opponent team captain Partha! When the situation became tense, Tanmay and Rajat, another skilled and experienced developer of our UIPL family showed their expertise on the ground. 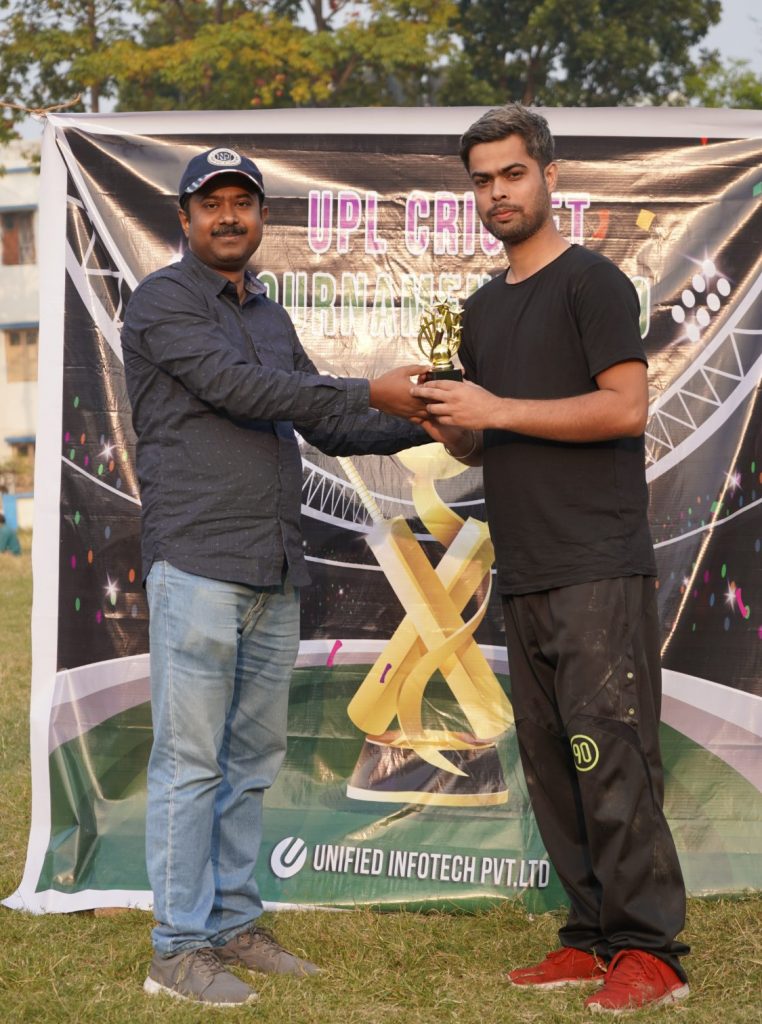 Fire Hunks started the match with a bit slow-paced runs. It was almost 5 pm. So, the ground was becoming kinda wet with dew. Thus, doing batting became a bit tough for the players of Fire Hunks. They had to do 47 runs from 36 balls. 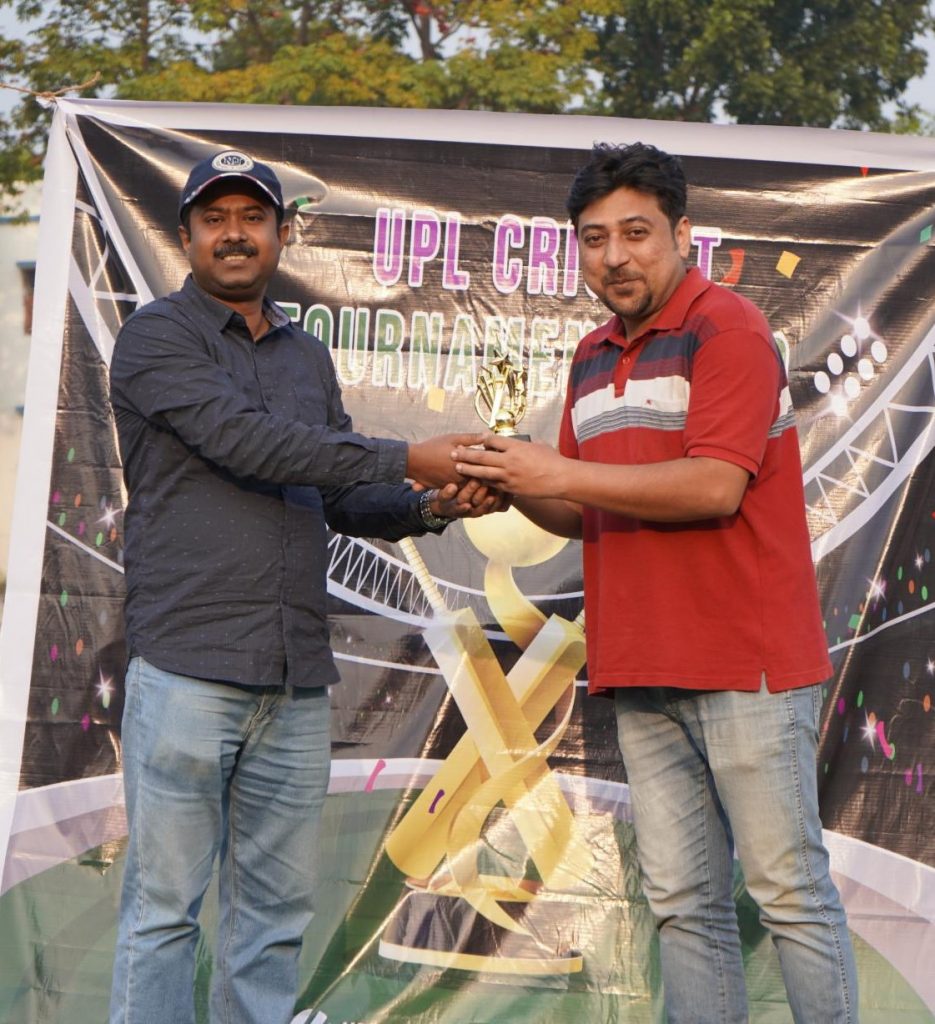 Without a bit of drama, the finale is never exciting. And this year’s UPL final didn’t disappoint anyone present on the ground. 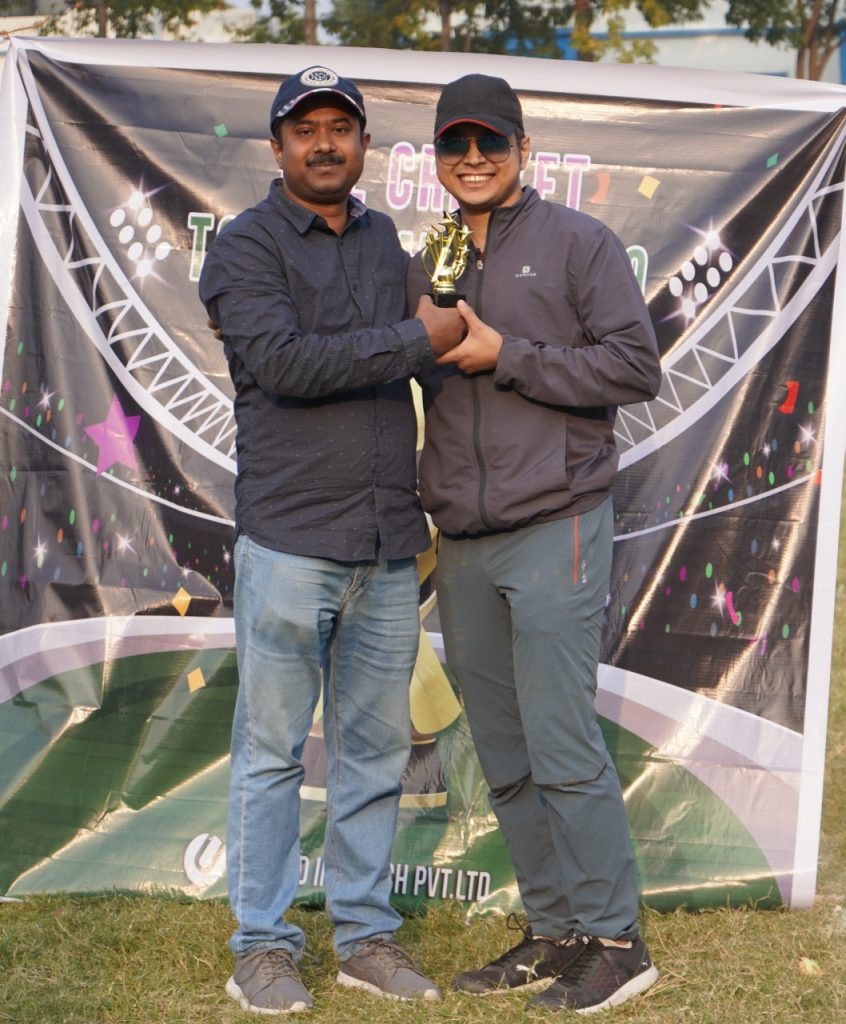 Things became really tense when Fire Hunks had to do 13 runs from 10 balls. With 3 wickets in hand, Fire Hunks needed 8 runs to win from 7 balls. Nobody was sure what would happen. And that’s the beauty of cricket! 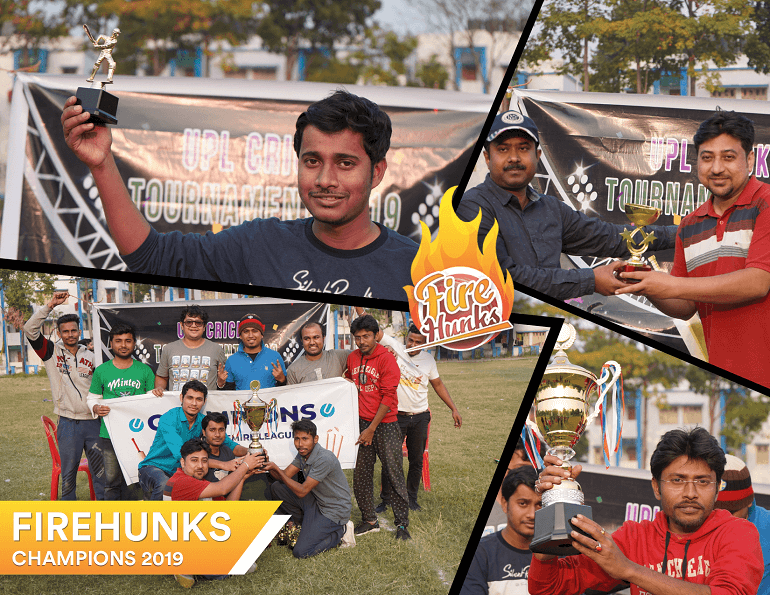 Finally, Fire Hunks won the match in a legendary style! Subhajyoti, one of our talented Project Managers hit the winning 6. And with 3 wickets in hand and 5 balls remaining, the team won the Unified Premier League 2019 Cup!

Champions hold the cup high in their hands! Fire Hunks remained unbeaten till the end of the tournament. For the brilliant performance in the final match, Santu, a talented developer in our UIPL family, won the award for “The Man of the Match”.

Thus, we all spent an eventful day. We took a lot of photos together. And we made great memories together.

How important employee recreational activities are in an organization needs no special mention. In today’s busy world, managing the work-life balance has become pretty tough for almost everyone.

In such a scenario, such activities and events are like a breath of fresh air. It reduces the stress of work pressure, makes the workplace interesting and better. Also, it is great for improving team morale in the workplace.

This is why I would like to say a big thanks to our event planning committee for arranging such a big and successful cricket tournament.

But the festive time is not over yet. We have our official picnic in the next few days. Surely, I will share the fun and interesting stories and moments of our picnic soon. 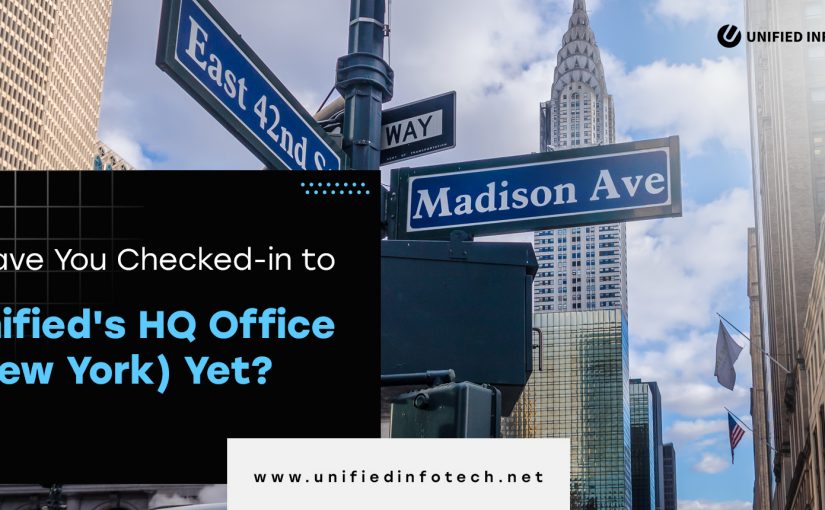 Have You Checked-in to Unified’s HQ Office (NYC) Yet?

Have a project in mind? Talk to us.