Google I/O 2014 : Everything Important You Need to Know 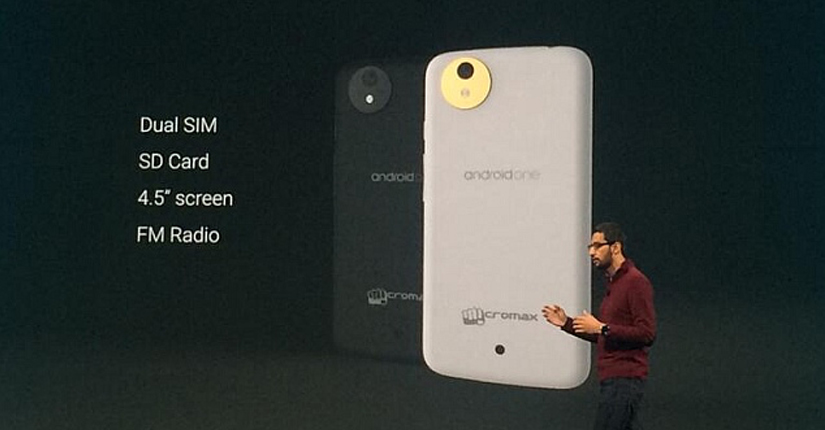 Google I/O 2014 kick started sharp at 9 AM PDT, packed with surprises and no shortage of announcements. Some were predictable news, some decidedly not. For those who missed I/O 2014, here is a quick recap on everything that the company announced.Google began the Keynote, the same way it does every year, talking about Android’s growth and the host in undoubtedly – Sundar Pichai, Senior Vice President at Google. This year Google came up with a colorful and playful new design style for all of its products, as well as a new version of Android code-named “L.” Android One, the cheap but elegant phone made a debut. Besides, Android making a remarkable presence almost everywhere on smartwatches, in car dashboards, and even on your body with Android Fit, app designed to compete Apple’s HealthKit.

Sundar Pichai makes a great kick start with some impressive stats on Android – 1 billion active users, 20 billion texts and 93 million selfies a day. Well, that is just half the population, so Google ramps up to reach Smartphones to people who are not able to afford yet. Google announced the Android One program, to create Smartphones for the developing market with stock Android and low-cost parts that are readily available. First devices are going to arrive at the Indian market this fall with brands like – Micromax and Karbonn, starting at less than $100.

Much hyped launch, “Android L” features a new cross-platform UI called Material Design that will offer developers to make more precise tools and customized typography, grid and color changes. Look like Google finally ditched their deserted theme. Material design would also allow designers to integrate smooth animations at 60 fps using Polymer & a prototyping tool. Google further adds up a guideline to help developers get a consistent look and feel.
Apart from enhanced Art performance, 64-bit compatibility, and a new Android Extension Pack to support 3D graphics, ‘L’ also comes with serious performance integration such as lockscreen notifications and context-based authentication features. That means if you wear a paired smartwatch while using your phone, you will not need the pin to unlock your phone. Google Showed off Project Volta to help developers identify battery discharge patterns and learn more about battery life.

Awesome will be a small adjective, Google’s Android Wear SDK features high-quality functions indeed a call for Viva La Innovation! A touchscreen UI that support – Google Now cards, paired smartphone apps, making notes & calls, setting reminders, alarms, and more. Material Design is also available in this wearable platform. As soon as you install apps from Play Store, you will get a wearable counterpart on your smartwatch too.

Android Auto is a complete voice-enabled feature will allow the developer to create a safe and seamless solution to connect smart devices while on the drive. The Android Auto UI will cast the app shortcuts of location search, navigation and more by connecting a smartphone to the compatible car. Drivers can now send and receive messages using the voice command without prying their eyes and hands off the steering wheel.
Punch adds up with the announcement of Android Auto SDK that supports streaming radio and messaging services. Compatible cars include – Hyundai, Porsche, Acura and more.

Android TV come packed with entertainment, live streaming, fluid search experience casting relevant information and related YouTube clips. Users can use remote D-pad or their smartwatch as control. Besides, it will refresh your gaming experience by storing games from Play Store and just like Chromecast; users can cast content from any Android device to their Android TV.

Users no longer require being on the same Wi-Fi to cast content to Chromecast. Simply look for nearby devices, then connect on the cloud and cast. ‘Asking for a pin’ that is a new feature going to come up later this year if Chromecast fails to locate you. You would get more stuff like background photo customization with new Backdrop feature, display weather information or news, or mirror your Android device on TV.

Just as “L” unlock phone using context and location, its same with Chromebooks. Unlock it anytime if you have the phone with you. For a streaming experience, Android will push notification straight to your Chromebooks. Native versions will follow with bunch of new apps such as Vine, Evernote and Flipboard were in action.

Connecting your work and personal life on an Android device is now easy with Google’s Android for Work program. It would help applications to stay unified. Now you can make MS Office editing in Google Docs or you can use a premium Google Drive at $10 to have unlimited storage.

Some sheer improvements mark Google Cloud engine and touted many apps such as Snapchat, Secret. Developers can debug a live application running on hundred of servers and set alert to monitor performance with cloud. Now they host many tools such as Cloud Save, Cloud Monitoring, Cloud Trace Cloud Debugger and Cloud Dataflow.

Google Fit is an open, multi-OS API for fitness apps and devices. It is much like Apple’s HealthKit and syncs users fitness data in one place. Its partners are – Nike, Adidas, Basis, Runtastic, Polar, Withings, HTC, Motorola and more.

Google Play shows off a new feature called Saved Games. It is a section showing screenshots of game progress, leader boards and Quests to manipulate games from any stage. Google further announced about the acquisition of Appurify, a mobile test automation service, to optimize app building and testing.

Every year Google comes with a new gift for their attendees on the Day 1, this year it was the Google Cardboard. To know more on Cardboard look up to Unified Infotech.

That was all for Day 1, waiting for more on Day 2. Less than 12 hours left, gear up for your next session.