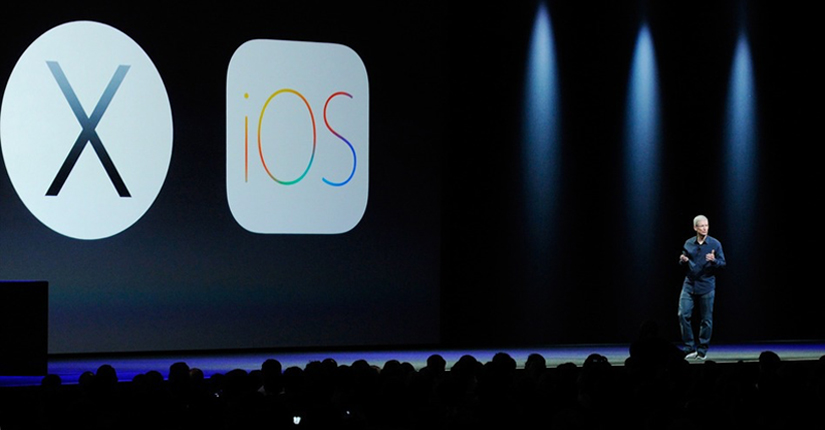 First week of June 2014 indeed had a kick-start with major software launch from Apple at WWDC on Monday in San Francisco. The tech giants announced next gen software upgrades to their mobile and desktop operating systems, but remained silent on the release of any new hardware at Worldwide Developers Conference.

Jony Ive and the iOS team worked hard to listen to feedback and dig deeper into the features before Ive took control of software at Apple. And here they are with new Apple offspring, iOS 8. With the news of iOS, followed yet another surprise – a redesigned version of Mac OS X with Yosemite update.

At present developers can have access to the beta version of iOS 8 but for consumers it wont be available during the fall. Techies have been expecting new features such as Healthbook application, a broken out iTunes Radio app to stand on its own, and maybe a split-screen multitasking on the iPad..let’s see what surprises iOS 8 have?

1. Notifications got interactive – Now users can take social media actions without switching apps. Get quick access to the people you talk simply double-tapping to multitask.

2. New predictive typing – Apple’s QuickType keyboard with predictive entry also has the ability to install third-party keyboards. This time it’s going to predict whom you are talking to, crazy isn’t it? Will get different predictive entry if you text your boss or boyfriend.

3. Integration of Siri and Shazam – Now users can activate Siri without touching the phone. And with the integration of Shazam, it doubled its ability to buy content from iTunes, stream voice recognition and available in 22 new dictation languages.

4. iMessage gets revamped – Apple adds audio and video messages with a single swipe. Simply raise your phone to respond to a message in the notification center with an audio message.

5. HealthKit App, something new – ‘HealthKit’ an app is a centralized place where many health apps can plug-in on the back end to let the users have a single interface to different health data and services.

6. iCloud Photo Library – Users can get access to their photos and videos anytime across any device with iCloud Drive. Editing done to photos will automatically update across all connected devices through cloud. This is Apple’s noble attempt to akin Google Drive and file sharing platform Dropbox.

7. Family Sharing – The new features helps to sync all devices in a single family to share media, calendars, reminders or find friends automatically. Allow devices access content from up to six iTunes accounts that use same credit card.

8. Autologin – Touch ID feature for autologin via user’s fingerprint ( introduced with iOS 7) is now available to non-Apple apps in iOS 8.

SCOOP FOR THE DEVELOPERS

RELEASE DATE – Launched their beta version on Monday with Software Development Kit (SDK) for developers. As for consumer, they have to wait till September for the release of iPhone 6 with iOS 8.

With a spank-new iOS 8 flooding with features, Apple developers also launched a heavily redesigned the version of Mac OS X with Yosemite update at WWDC on Monday.

SCOOP FOR THE DEVELOPERS

RELEASE DATE – Mac OS X Yosemite will be released to developers by the end of this week, but the consumer version to be released in the autumn at no extra cost.

Toast to the true next-gen evolution!!!