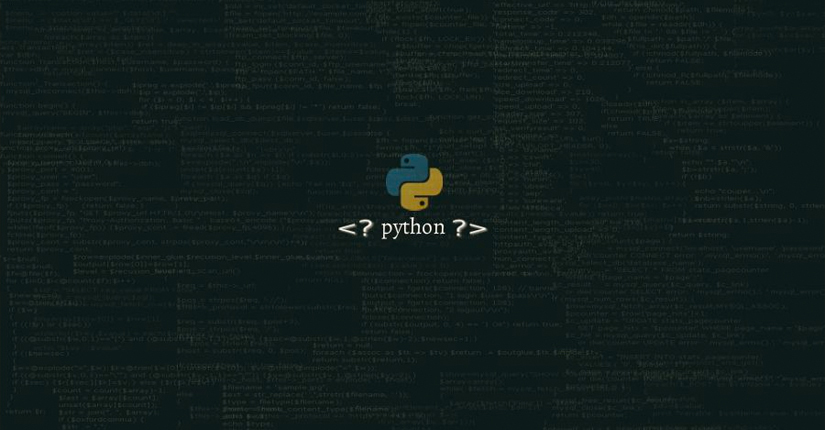 The great wave of digital transformation is on the brink of transforming businesses today. The digitalization of business is followed with 3Vs – Variety, Velocity and Volume. A business that is mostly driven by data needs to transform itself into a capable digital leader who can optimize costs and increase productivity. In order to move on the wheels of the business, technology no doubt is the greatest weapon available to the businessman today and in order to grow in this rapidly evolving technological world, to be equipped with the latest web development technologies like Python is mandatory.

As far as a programming language is concerned, there have been multiple languages that have come into usage since the advent of the computers, but currently, the one, which is making news everywhere, is Python. Whether it is the owner of a small business or the CEO of a Fortune 500 company, it’s the solution for their complex business needs. But, did you ever wonder why this language is so popular choice of these businessmen? Well, over the next few paragraphs we will present you the reasons for such immense popularity of this programming language.

The designing of PHP has been done in such a way that it focuses more on code readability. In PHP, one has to write long codes in order to express. If one is looking for a clean and organized code base irrespective of the size of the project, then Python is the best option. In PHP, developers often have to use curly braces and dollar signs. This, being a highly readable language, focuses more on the idention of the block codes. The dynamic and flexible characteristics of Python thus make it the more preferred language to work with. Hence, companies offering web development services opt for Python.

The debugging tools in Python are available very easily in comparison to other programming languages. You can make use of the tools without facing much hassle. For instance: the use of pudb can help the developer to easily flip through the files in order to understand how it will look like once the coding is done. There are a number of other options available such as pdb and pydbgr. Debuggers have evolved with every language that has been developed till date and with Python it keeps getting better.

Out of all the Enterprise Application Integration, Pythons eases the process of web development. It can call directly from Java Code, C, C++ using COBRA and COM components and thus provides very powerful control capabilities. A developer can reap many other benefits from Python. For instance: One can use Python in order to implement common internet protocols, data formats and scripting language. It also enables the programme to run on any type of operating systems using the same byte.

With its built-in list and advanced data structures, it can be used to create really first time data structures. Moreover, this high quality programming language facilitates the process of high level data typing that ultimately reduces the amount of time which is taken in writing longer codes. The combination of the data structures used in Python are sufficient enough to further implement richer structures. For instance: you can just use the value in an attribute in order to represent NULL in C++. To explain this, let us take the example of a binary tree. You can create binary tree in Python the following way:

Whether it is about CGI scripting or developing a web application with high frameworks such as Turbo gear or Django, Python fits in quite smoothly due to its extensive and easy to use libraries. Most of the web interfaces of Python is connected to powerful text processing and document processing facilities that gels really well with all the leading web development technologies. Python also fits perfectly with other high web development technologies such as Plone Content Management System, Zope application server and Quixote web framework.

The latest versions of Python, whether it is 2.6, 3.3 or 3.4 are all cloud based and enables users to take its advantage by offering them its services online in the form of SaaS. Hosted by powerful servers like Amazon EC2, one can take the full advantage for heavy duty business activities. Developers can even code on the go as it runs swiftly on servers. One can easily write codes for iPad and iPhones.

Apart from being used a programming language, Python has a large number of application in many areas in web development. We present to you some of the other areas where Python is used on a large scale.

GUI applications for desktops that are used in image processing and graphic designing. Moreover, the language is also of immense help in making scientific applications and games.

What Do The Industry Leaders Have To Say About Python

“Python is fast enough for our site and allows us to produce maintainable features in record times, with a minimum of developers.”

“Python has been an important part of Google since the beginning and remains so as the system grows and evolves. Today dozens of Google engineers use Python, and we’re looking for more people with skills in this language.”

“I have the students learn Python in our undergraduate and graduate Semantic Web courses. Why? Because basically there’s nothing else with the flexibility and as many web libraries.”

If you are planning to write more robust code for your programmes, then Python is no doubt the ultimate choice. With the future upgradation of the language in the near future, it will prove to be the ultimate technology weapon to the businessmen.

We have many years of expertise in developing web applications in various programming languages and Python is one of them. So, if you are looking for a complete web solution with Python and take your business to the next level, then drop us a mail with your requirement at [email protected]