How to Choose the Best MV Framework 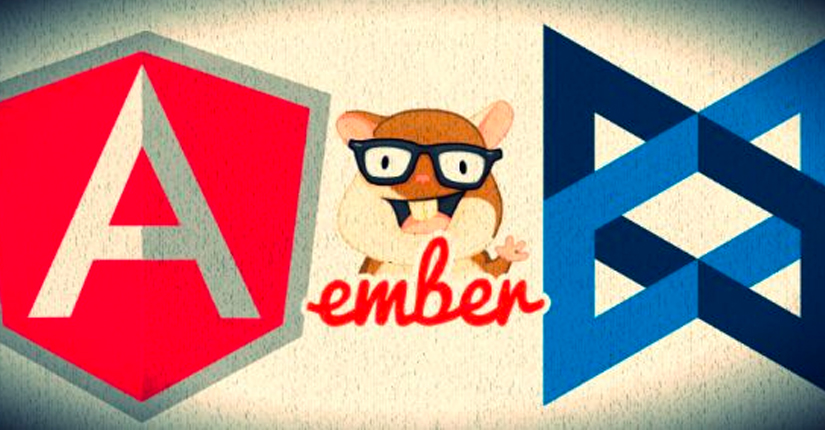 Over the last few decades, a number of website designing technologies have been developed or developing. Starting from the coding to designing, the web design and development companies has experienced enormous technological drift that makes the job simpler for developers & designers and convenient for the users as well.

The web designing field is currently moving through a phase, which witnesses the rise of the Model-View-Controller framework, popularly known as MVC framework. Ti enables the website designing an easier job indeed.

At present, you will come across three popular MV frameworks popular in the website designing companies. These frameworks are – AngularJS, Backbone, and Ember.

The web designers tend to choose any one of the framework stated above. In order to help you with the best framework, which is compatible for web designing here, is a guide from our UIPL design and development team to help our readers distinguish between all these three MV frameworks and know what will work the best for their business.

1. Before we get down discussing these frameworks let us have a quick look on their benefits.
The choice of the right framework will let you deliver the project on time, so we invest time in choosing the right MV framework for each project.

2. Helps to maintain the code in future.

3. The solid and stable framework is going to help you achieve greater heights in the field of web designing.

The most common factors are –

1. They are all open-sourced

3. You will find them released under permissive MIT license

Each framework has their own set of views, data models, events, and routing. So let us have a detailed view of the current trending MV frameworks that would help to select the appropriate framework for the project.

AngularJS released in 209 is one of the important parts of the commercial product that is popular as GetAngular. AngularJS comes with the most unique and innovative features and includes the two-way data binding, easy-to-test code, dependency injection and extending the HTML dialect with the use of correct directives.

AngularJS framework has brought a number of innovative concepts for both designers and developers. Most of the people prefer to use AngularJS framework for their projects. Google backs the project. The core team of AngularJS constantly pays attention in growing and improving the developer’s productivity.

Angular Expressions used in the AngularJS framework used in the View layer of the Angular. This expression language is powerful, that allows the developer to use the complicated logic and perform assignment operations as well as necessary calculations inside the view templates.

Read More: Top 10 Reasons to Use AngularJS in Apps Development

BackboneJS is the lightweight MVC framework released in 2010. Well, it quickly became popular as a lean alternative to the heavy and full-featured MVC frameworks like ExtJS. Many services have adopted BackboneJS such as Flixster, Pinterest, AirBNB and more.

Backbone is a lightweight framework with fast and small memory footprint. It comes with a great documentation process in which you will find the code is simple and heavily documented. Apart from that, it comes with an annotated version explaining in detail how the framework works. You can move the entire source code while getting familiar with the working process in a short span.

Backbone is not always favorable, as it does not provide any kind of structure rather it comes with some basic tools that one can use in creating structure or just leaving it on the developer to structure the application or number of blanks to fill. This framework helps to concentrate on memory engagement, one of the important factors to consider.

EmberJS derived from Sproutlt and then later by Apple came to the market in 2011. Originally, it belonged to SprouCore MVC framework in 2007 that later resulted into the development of the Ember framework.

Ember.js favors “Convention” over “Configuration”. Technically speaking it conveys that instead of writing a boilerplate code it is automatically going to configure the settings by itself. Such things might include automatically determining the name of the route and controller while defining the router resource. Ember even raises the bar by automatically creating the controller for the resource.

API of the Ember framework changes frequently before it becomes stable. It has a number of outdated content that does not work any longer. It confuses the developers who are the novices in the framework. You may also face some of the breaking challenges as well as those that cause StackOverflow instances.

NOTE: ***AngularJS and Ember include a template engine while the Backbone leaves it on you to choose the appropriate template engine of your choice. AngularJS framework has an innovative approach extending HTML, Backbone prefers the minimalism and Ember has a holistic approach that widely embraces the MVC architecture.