How Does Learning AngularJS Development Benefits A Developer? 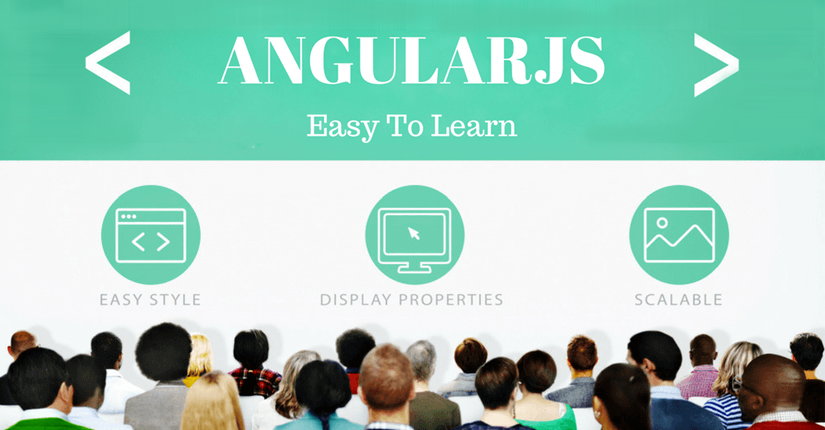 AngularJS is the only framework in the world, which doesn’t use MVC. Like any other development tools, that use a bunch of existing tools, Angular comes as stronger option to most of the developers. The recent development in the web development industry shows that there is no doubt in making this as the ultimate tool. Angularjs development comes across as the most formidable solution for solving the most complicated problems. Developers and large business enterprises like YouTube, Netflix, The Guardian, Paypal and many more depend on this framework to get the best results for their business.

Why Companies Look Forward To AngularJS?

The emergence of single page app is due to the increasing demand of offering the most sophisticated user experience. This modern framework allows single page applications to function properly in mobiles and desktops. Without a proper framework, there will be no fluid user experience. Now, users will get livelier buttons as well as hyperlinks on websites. AngularJS development will also have a significant impact on design. The evolution of this framework was due to the need of adding an UI element with logic. Even, Google’s Material Design is one of the examples of utilizing AngularJS as a form of user interface.

To develop robust browser based applications that behave like native apps, this single page framework is the best option. Due to the immense popularity of the angularjs application, developers depend mostly on this framework. Whether it is for payroll, airline or video streaming, it is completely dependable as a native web application. Another reason why companies look forward to Angularjs is that it makes testing easier. As a tester, one can find bugs very easily. It is easy to understand user behavior with the help of automated tasks. All the user has to do is to click the buttons.

This is the most dependable framework, which is properly licensed and at the sametime it is also free from any kind of legal complications. From a developer’s point of view, there is full independence to write code. Moreover, if the organization for which a developer works, uses Express, Symphony and Backbone, then a licensed software is already in use. AngularJS does the right thing by developing framework which are not only legal to use rather it equips the developer with plenty of helpful resources and libraries. So, if you are a developer, then it will be extremely beneficial for you, once you master AngularJS.

Direct Benefits Of AngularJS Learning To A Developer

In the world of web application development, there is a need of versatility when it comes to choosing a strong developer. Learning AngularJS development will not only help you earn laurels, in fact you can be the master in the app development world. Reason? That’s because most of the leading organizations around the world depend on this framework to make sophisticated projects and look forward to hire angularjs developer.

You can learn to manage MVC in the perfect manner. This is one of the major benefits of angularjs. While in other frameworks, the components need to split the app into various components. No such things are necessary while you are doing angularjs development. You can manage the components and at the same time can work in the pipeline, which connects them with each other. It acts as a mediator and even developers will not need to write codes separately to fit then in the web application. Hence, you perfectly master the development process while working at the same time.

Use It As A Declarative Language

HTML is the main and the primary element used in AngularJS. Apart from being more intuitive, it also defines the interface of HTML in a perfect manner. More than one developer can work easily when one writes the code in HTML itself. There is a declarative approach, which simplifies the process of app development. The program flow is an important task. It takes care of the dependencies itself. So, a developer can focus more on other phases of development. As a developer, you will always be on the brighter side as you learn a separate language and learn to work with it.

Directives add more functionality to HTML. We do not have to change the DOM to stimulate them. An application needs to understand the attributes of the elements to get the functionality in the box. One has to invent the HTML elements of their own. One must put the DOM manipulation code in the directives first. During angularjs development, one should update the view with the latest directives. Always keep in mind that directives should manipulate DOMs.

The DOM manipulates itself while adding the behavior. With the help of AngularJS, all codes come within directives, but not in the view itself. As a framework, it comes in the form of an HTML page. This encourages user interface designs. A developer can abstract all the DOM manipulations along with the jQuery calls. Without any distractions, one applies on the MVC app. One doesn’t have to worry about changing the DOM at all. Presenting the business data in the views make it easier even for the user as a web developer. The web app development process speeds up. This is one of the prominent benefits of angularjs.

Is your unit testing ready? Well, most of the frameworks remain connected with each other with Dependency Injection. To manage the scopes and controllers all the dependency injection passes the information. The unit testing process of AngularJS, HTTP provider introduces fake responses in controllers. There are many components used in web development domain for writing compulsory programming.  One can choose generic web apps to make a viable framework and build along with it.

As a developer, there are various challenges, which one has to face whether it comes to developing a web or a mobile application. Knowing Angularjs opens many paths of development and removes all impediments, which fall along the path of developing an app. Hence benefits of angularjs are eminent.

With our expertise in angularjs development, we have developed many web-based sophisticated apps. It has earned us many laurels from our clients with our good work. If you want to hire angularjs developer, then kindly send us an email at contacts@unifiedinfotech.net. We’re also offering a discount of 20% off on all mobile and web applications on the grand occasion of Christmas. Contact us today to know more.