Must To Know Web App Development Programming Trends for DevOps 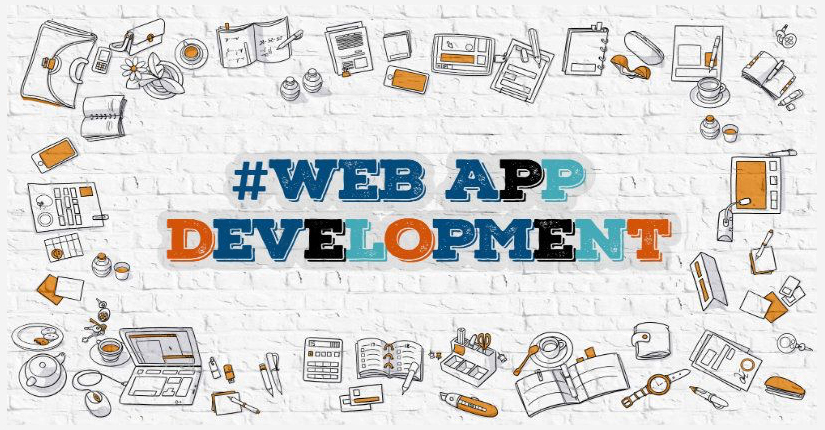 Do you know that about 30% of the time spent by the developers goes in surfing the source code? The cost of fixing bugs is almost 10 times and 100 times higher in the construction and designing phase respectively. Considering all these web app development factors, changes have come from time to time to facilitate the process of development. In other words, trends have come to the fore that helped developers to adapt themselves to the latest trends.

Through this blog, we intend to empower the knowledge of developers or any other code lover who want to keep themselves updated with the latest inclination in the programming industry.

The blessings of programming on the human race are immense. It changed our approach to things in everyday life. The great evolution of apps now brings tasks at our fingertips. There is hardly any work left today which doesn’t comply with an application. From development languages to frameworks and development tools, programming underwent a metamorphosis since the last one decade. It is growing rapidly every day with new changes in the client expectation and project execution strategy. Another aspect of programming is that it also includes cloud computing which implements the same programming techniques.

Business is another important area where programming has bestowed its blessings. From the web app development perspective, DevOps, these days are focusing more on the outcomes. They are working closely with the operational team to give meaningful results to every project, which they undertake. Agility and continuous emphasis on development thus remain the two major components in app development. Whether it is PHP or Python, name any programming language today. Each one of them is directly co-related to business. Empowering business websites, extending the functionalities and making agile web apps is the core agenda for any web development company today.

There are two ways of delivering a web app – either as a web application or as a client side application. If you are making an Android based app, you can specify style properties as well as viewport in order to accommodate it on all types of screen. Even defining an interface is now possible with the rise in the technological development happening in the industry. You can also call APIs based on a web application. From debugging to building web apps, programming has ignited the hope of success in web app development since the day of its evolution.

The latest programming trends will act as a guide to DevOps, which they can utilize in their next project.

Must To Know Programming Trends

The 21st-century programming will primarily focus less on self-managed applications. Rather, it will shift towards using third party services. The benefit will be to handle important aspects of a project in an organized manner. Cloud storage, user administration, and push notifications are some of the things that will come to the fore.

The rise of BaaS or Backend as a service will become popular and will facilitate the utilities of a web-based application. This will be beneficial from the enterprise point of view where scalability forms a vital part of developing the large-scale application. Now, the operations and engineering teams can compete with their rivals when it comes to delivering the best services.

With Backend as a service, uploading projects to the cloud or in any other social APIs is easier. But, there are many applications till date which fully rely on the good servers and improved development stacks to function in the best manner possible. Server positioning, on the other hand, becomes too much time consuming and difficult for the developers.

Generating images in the machine while working simultaneously with frameworks, languages, libraries and OS help to make containers, this consists of machine images. If your team has not yet adopted or started utilizing it then it’s time to make use of it. The containers also have the ability to create existing services or making a new one.

The latest sophisticated applications need more storage capacity, with faster processor requirements and increasing bandwidth. Working with a single machine model makes it cumbersome for a developer to use the systems as the configurations do not match at all. The rise of functional programming has made it mandatory to adapt to new languages for complicated web app development process.

Subsequently, there is a need for developers who has the ability to work with such languages. Functional programming, on the other hand, relies heavily on the mutable state. Here, comes the role of a functional language. It has a strong advantage over the normal object-oriented languages.

Since the early days of web app development and design, flat design is something, which one was dependent upon, as a modern approach to UI design. But, it was the introduction of Material Design in 2016 that shifted the focus completely. It has given some stiff competition to companies like Apple and Microsoft, which heavily relies on flat design.

The primary USPs  of material design is the three-dimensional effect with a lighting design. It gives a completely different depth to the components used digitally. For instance: when you use drop shadows, it enables the user to understand whether the element used in the application is clickable or not. It is expected that there will be a rise in UI design patterns as creative designers continue to embrace material design.

Functional languages in web app development play an important role in increasing the user experience. Knowing the latest trends prevailing in the industry will make the DevOps aware about them and implement them successfully in a project.

With our clients spread across the globe, as a web app development company, we have worked for companies under various domains starting from healthcare to e-commerce and fashion. If you are planning to get hire a company that offers seamless web development solutions, then we are the perfect choice for you. Just send us an email at contacts@unifiedinfotech.net and we will contact you.